A Trail through the Autumn Woods 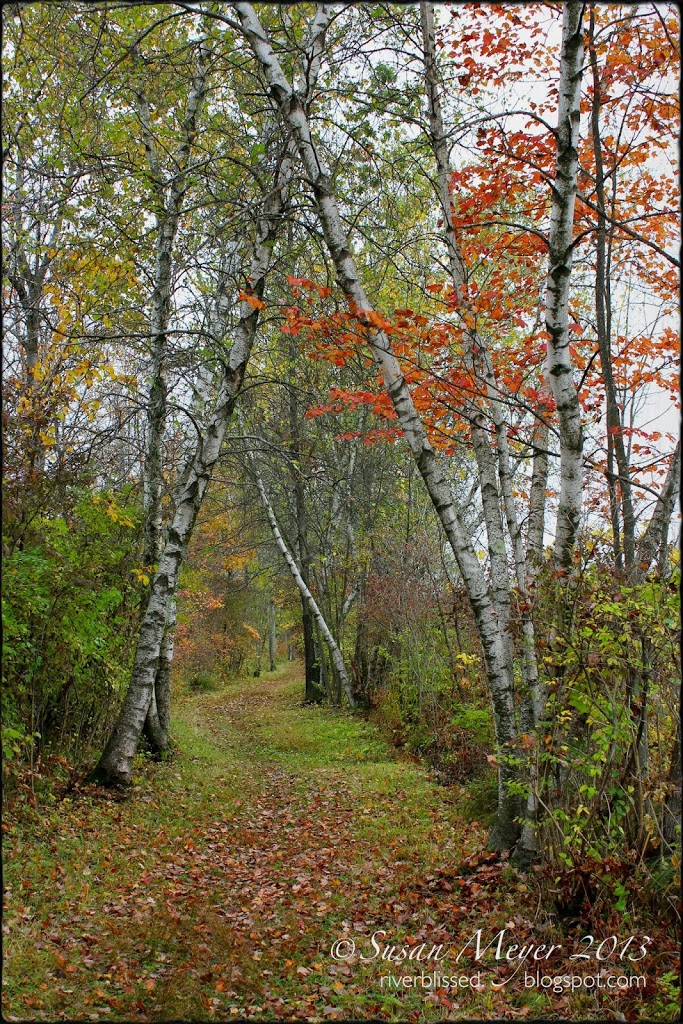 The fall foliage in my neck of the woods is at peak now, and over the weekend I took a long afternoon walk along a trail I hadn’t been on in about 12 years. It was an overcast day with occasional, light drizzle, and perhaps that’s why the only people I ran into during the course of more than two hours were a small group of college students, a man walking his dog, and another man jogging. Other than that, it was just the trees and me. 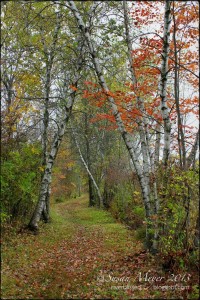 I didn’t intend to walk for long because it was just a stop en route to the grocery store, and I was wearing shoes that weren’t ideal for the terrain. However, after walking at a slow, reverent pace for a quarter mile, I returned to the car to change into my sneakers and retrieve my tripod.

After that, I retraced my steps and kept going all the way to the end of the trail. Mostly I walked with gratitude and awe. But every now and then, I caught my thoughts wandering and realized I was beginning to take the magnificent scenery for granted. 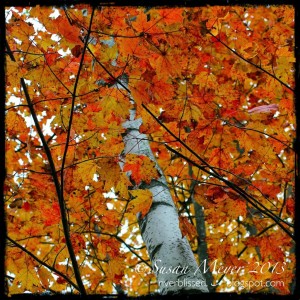 Then I thought about my friend, David, who died this past February. The last time I saw him was last October, on Columbus Day. I wondered if he knew last fall that it would be the last time he’d see autumn’s dazzling display. He must have known; I’m sure he did. Did he appreciate it more fully than ever before, to the point of ecstasy and tears? The drive from his house to ours was nearly an hour long. It was a beautiful fall day, and I imagined he must have enjoyed the colorful foliage the whole way. I remember how full of joy he was that day, marveling about the clouds as we walked out to his car to say goodbye for what would be the last time.

And then, as I walked along the trail, I heard a male voice in my head narrating:

If you knew for sure
This would be the last autumn of your life,
Would you pay more attention?
Could you bear to take for granted the ground underfoot
Or any single sight sound smell along the way? 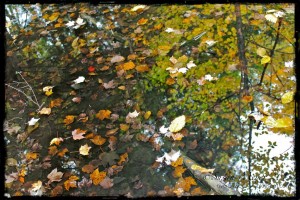 Well, can any of us know for sure that we will still be here a year from now? I certainly intend and hope to be, but you never know.

As I continued walking, all of the sights, sounds, and scents became more vivid and extraordinary. I stopped often to smile at and even thank out loud a tiny babbling brook, a leaf waving from a branch, a fallen leaf that caught my eye, and even bright red poison ivy wrapped around the base of a tree. 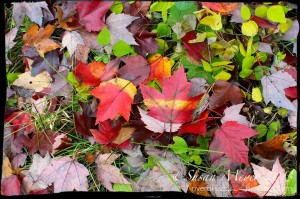 It was all so astonishingly beautiful. And I was so privileged to be there in the midst of it, in complete solitude, taking it in so fully. 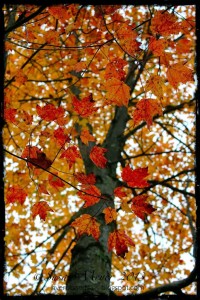 I felt like Frederick, the field mouse in Leo Lionni’s picture book of the same name. While the other field mice were busy gathering provisions for winter, Frederick sat contemplatively and gathered sun rays, colors, and words. The other mice were irritated with him for his apparent laziness; however, when their food supply dwindled that winter, they were nourished and warmed by the poetry he gathered during the colorful autumn days.

I love that story. There is great value in taking time to pause and savor the fleeting majesty of the natural world. 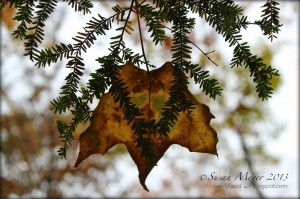 As I kept walking, I began thinking that nothing could improve this moment. And nothing could be more important than drinking in All This. 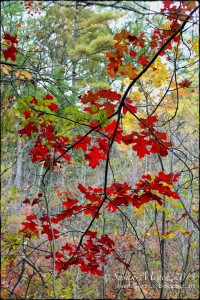 I began thinking about other important things that I need to do during this life – things I would regret not having made time for when all is said and done. The first thing that came to mind was visiting Letchworth State Park (known as the Grand Canyon of the East) in western New York, which has been on my bucket list for more than 20 years. We had planned to go there over the summer, but our calendar filled up, and my husband suggested that we save the trip for fall. What a great idea! So we are going to take a couple days to do just that. There is no time like the present – for the present is the only moment we are guaranteed!

As I contemplate the passage of time, I realize that we must make time to do the things our soul nudges us to do. We must make time for what brings us true nourishment and joy.

After more than two hours of walking in the woods, I captured nearly 300 images, which I later narrowed down to 38 keepers (which is what I do for fun).

I never did make it to the grocery store. The journey through the woods ended up being the destination. And I can think of no better way to have spent the afternoon! 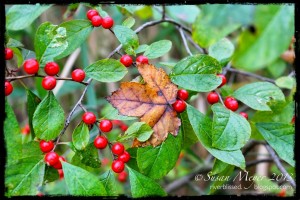 —————————
The photographs in this blog and in my Flickr photostream are available for purchase as prints or cards through my Etsy shop by selecting a “custom print” in whatever size you prefer and indicating either the name of the print or the blog post and order in which it appears.

© Susan Meyer and River Bliss, 2012-2013. Unauthorized use and/or duplication of this material, including all text and photos, without express and written permission from this blog’s author/owner is strictly prohibited. Excerpts and links may be used, provided that full and clear credit is given to Susan Meyer and River Bliss (www.riverblissed.blogspot.com) with appropriate and specific direction to the original content.