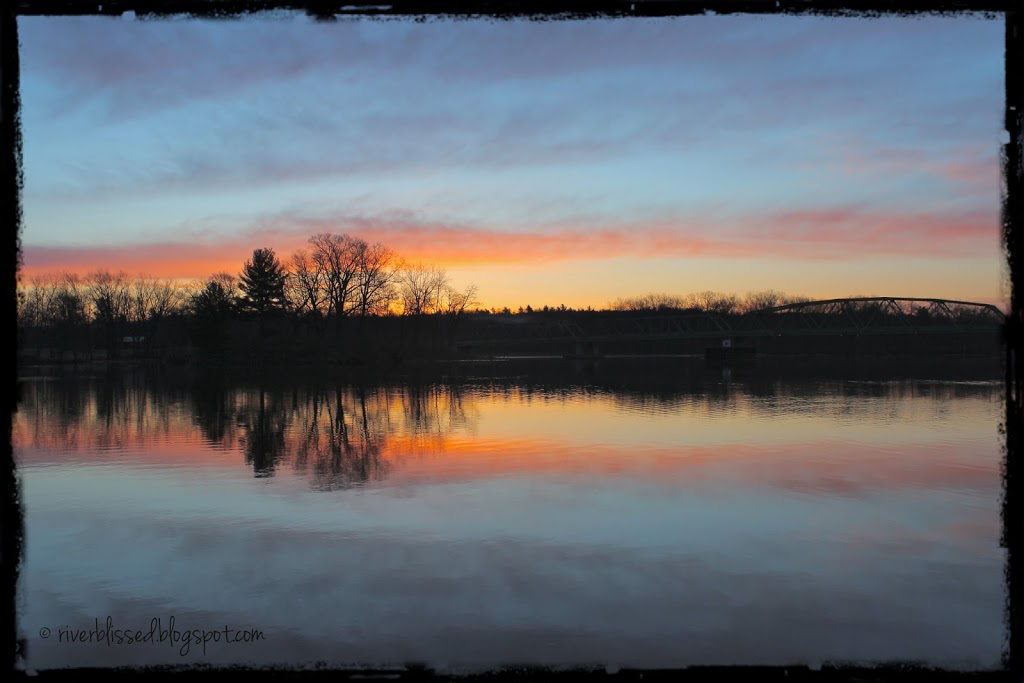 Gifts from Dying Patients (and the Promise of Spring)

This morning, I went to the river’s edge for the sunrise, and the dawn chorus was what I noticed most. The birds were all waking up for the day and singing their territorial songs of spring from their perches way up high. The ice that covered the river throughout January and February has thawed, and the river has assumed its reflective quality once again. Early in the morning, the water is very calm and mirror-like, which is a joy to photograph. 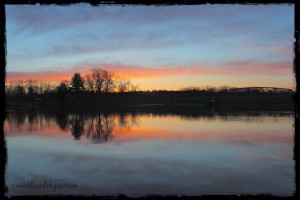 And yet, it was only 18 degrees (F) this morning, and I spent most of the sunrise photographing delicate, glistening ice formations along the shoreline. 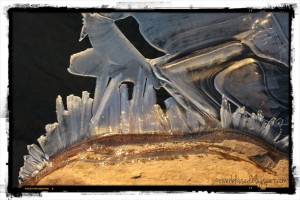 Winter has not yet released the Northeast from its grip, but I put my faith in the birdsong, which heralds spring.

While sitting on the shore listening to the birds, I recalled a hospice patient I worked with back in my twenties. I don’t remember her name and only visited her once, when she was in the hospital. It was mid to late autumn, and this elderly woman expressed sorrow for not being able to live long enough to see the flowers come up in the spring one more time. I was young at the time, and her words made an impression on me. I had my whole life ahead of me and took the seasons for granted, not paying much attention to their gifts or to the flow of the year or time in general. She awakened me to the power and promise of spring and to the relationship one could have with the natural world. I bet she was a gardener.

For the past couple weeks, I have delighted in observing the daffodils that have sprouted outside my classroom door. They make me smile every time I see them and urge me not to be fooled by the wintry weather forecast: Spring is coming! Now I get it. I understand the words of the dying woman and the spiritual and emotional significance of spring.

It is usually the case that when I remember one of my hospice friends, several more come to mind. Each one taught me an important lesson that was a blessing to have received so early in life. Today, I am starting more tomato seeds, and I realize that each of these people planted a seed in my spiritual garden. I agree with Elisabeth Kubler-Ross who wrote, “The best teachers in the world are dying patients.” The authenticity of dying patients is an incredible spiritual gift – a teacher that sows hearty seeds.

Here are a few others that have taken root:

V. was a 98-year-old man who was deaf, partially blind, and had numerous broken bones because his skeleton was so brittle. He taught me about the power of communicating without words, since he could no longer hear them. Though I visited mostly with his wife, the moments I spent with him were profound. I held his hand and visualized white light entering through the top of my head and flowing down through my arm, into my fingers, and into his hands and body. I did this silent visualization twice while holding his hand, and each time I imagined light flowing through me and into him, teardrops trickled from his eyes – and I knew that a deep connection was taking place. I never got to see him again because he died the night before my next scheduled visit. But I have carried that profound connection with me all these years.

Then there was M., my first patient – a spunky woman who loved origami and had always wanted to learn how to do it herself but never got around to it. She inspired me to learn origami because it was something to which I’d also felt drawn. So I learned, and I love it, and I have her to thank for it.

Finally, there was a female hospice patient whom I visited at home. She was probably in her late forties or early fifties and was suffering from ALA (“Lou Gehrig’s disease”). There were framed photographs all over the living room walls that showed her smiling with her husband and children when she was in better health, and the contrast between the pictures and the way she looked as I sat with her in her living room was striking and memorable. (I would love to have photographs displayed at the bedsides or in the rooms of all hospital patients so caregivers could see who they were prior to their illness.) This was a woman who had lived a short but vibrant, loving life and was so much more than her current condition suggested. I realized her fate could befall anyone. Her husband told us about all the special things he was doing for her in a devoted effort to fulfill all her wishes before she became further incapacitated and eventually died. He understood that his time with her was coming to a close and put everything else aside to be there for her. Such love and devotion!

Although my grandmother wasn’t one of my patients, I remember the last visit I had with her at her home three months before she died. At that time, she would have been eligible for hospice services; she had decided to let the cancer run its course rather than subject herself to further treatments that compromised her quality of life. We sat together on her front steps, and she spoke quietly of the joy and comfort of watching the wind blow gently through the trees. And I thought – that’s it – she had arrived. Her attachments to worldly concerns were falling away, and she was able to dwell in the stillness of the trees that are so rooted in being. When I’m kayaking on the river or sitting in the back yard and a gentle wind shakes the leafy trees like soft tambourines, I think of her and how we sat in stillness watching and listening to the trees that afternoon.

If only we could understand how much of an impression we make on others when we share our authentic self, even in brief encounters, when we are suffering, or when we feel we have nothing of value left to give! By doing so, surely we have a far greater impact on our world than we ever would imagine. And perhaps we can allow the petty concerns of our daily lives to fall away long enough to realize how fortunate we are for the opportunity to experience the gifts of spring once again.