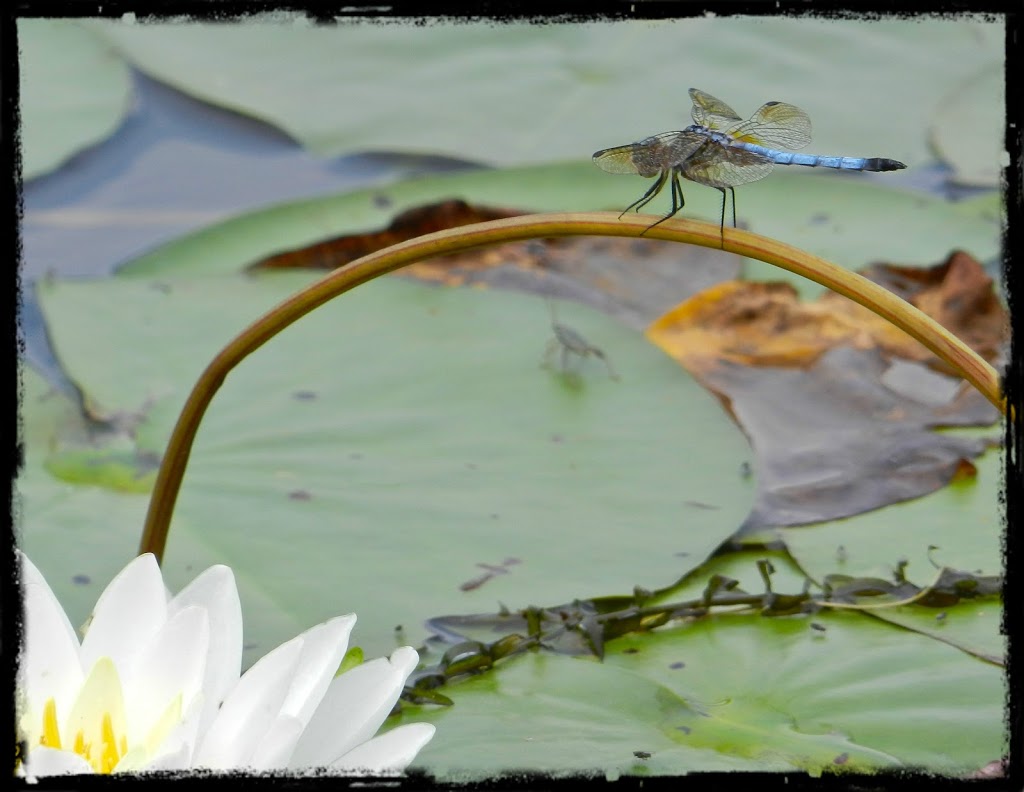 Lately, I have been reflecting on some of the images I captured on the river over the summer and remembering my plant and wildlife friends – especially water lilies and dragonflies, which I spent countless hours observing with awe and wonder. 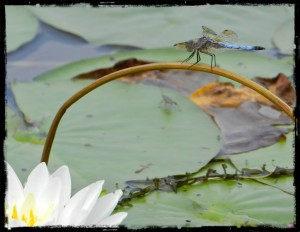 Recently, tragedy struck the family of a child in my life, and in my search for stories to help grieving children, I came across a gem of a booklet called Water Bugs and Dragonflies by Doris Strickland. I requested it through the library and was delighted to finally get my hands on it. The gist of the story is that a colony of water bugs wondered why every now and then one of their own would climb up a lily stalk and disappear, never to be seen again. They got together and came up with a plan: The next one who went up the lily stalk would come back and let the others know what happened. In time, another water bug found himself climbing up a lily stalk and turning into a dragonfly. After zipping about for a while, he landed on a lily pad and noticed his old water bug friends at the bottom of the pond. He wanted to go down to tell them what had happened to him, but since he was now a dragonfly, he wasn’t able to go below the surface of the water. And if they were to see him looking down at them, they wouldn’t recognize him in his new form. So he decided that he’d have to wait until his friends climbed up the lily stalk in their own time, and then they would understand for themselves.

I absolutely love the way the dragonfly life cycle can be used to explain death to children. I remember attending a hospice memorial service one December during my internship and hearing what must have been this very story – but I thought it was about caterpillars and butterflies. It was a powerful story that I loved immediately, although I must have misremembered the details over time.

After reading the little booklet, I recalled one afternoon this past summer when I paddled to the lily pads and arrived just in time to witness a newborn dragonfly fall out of its exoskeleton (which was still clinging to a reed) and onto a lily pad. It was pale and colorless and looked completely disoriented. It just lay there still, and I wondered if it would be okay, hoping the fall wasn’t too much for this tiny creature. (The little booklet mentioned such a fall, so it must be a normal part of the transition.) 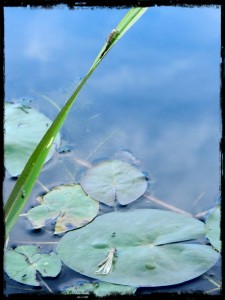 I felt honored to have witnessed the dragonfly emerging from its nymph state; it felt like a Very Important event to observe despite it being a common occurrence in the natural world.

After seeing the newborn dragonfly resting on the lily pad, I noticed numerous shells, or exuviae, of dragonfly nymphs clinging to reeds and water lily stalks all around me. They were completely motionless and looked like they were sleeping or just resting there. All this time, I had mistaken them for living creatures.

As I read about the dragonfly life cycle, I learned that the exuviae would continue to cling to the stalks. However, they were simply empty shells, ghosts of former selves. Something about this image felt profound to me, and I became fixated on photographing them. 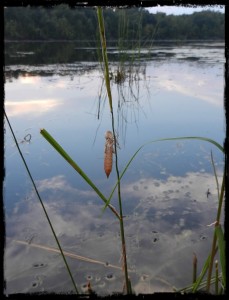 I didn’t understand the power of this image until reading Water Bugs and Dragonflies with the child mentioned above in mind. I realized the exuviae piece could further explain to a child that the body of his/her deceased loved one is merely a shell, not to be confused with the living presence s/he had known and loved.

Although I did not feel it was my place to discuss the dragonfly allegory with the child in question, I passed the information along to someone who is in a better position to do so. The adults with whom I have shared this story since reading it myself were very touched by it, which is why I feel compelled to share it with you. My hope is that it will bring comfort to someone who is in need of it. 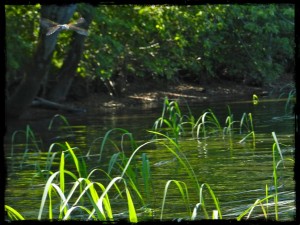