Embraced by a Kind and Spacious Heart 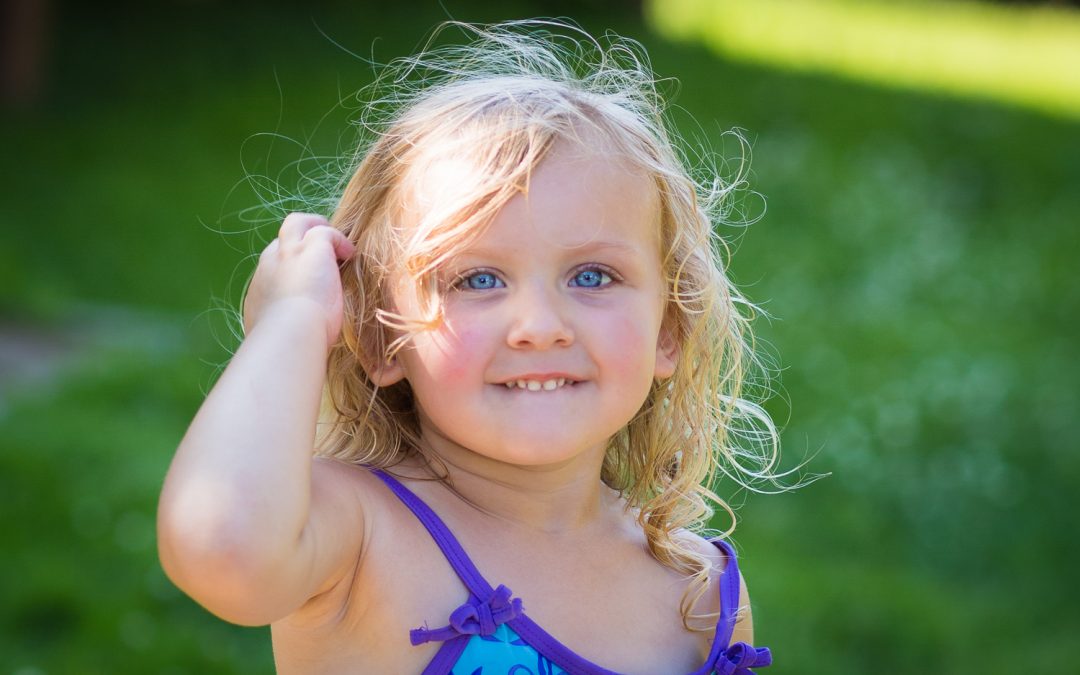 It’s been quite a while since my last blog post. I’ve sat down a number of times to try to write one and have been doing loads of writing. I just haven’t felt like publishing anything.

It’s partly because I’ve been simplifying since returning from the seven-day vipassana meditation retreat in early May. The effects of the retreat continue, and it’s been like a total mind reset. But there have been a number of times when I’ve remained silent even when there was something I wanted to share, and that’s not about simplifying and being more deliberate. That’s about withholding and withdrawing…which tends not to be a good thing. Usually, it means a misguided thought has taken hold, and I’m shrinking and disconnecting rather than expanding and connecting.

I’d much rather expand and connect.

This particular thought has required me to utilize pretty much every tool in my toolbox. It goes something like this:

Nobody is interested in what I have to offer.

It’s one of my mind’s Top Ten Tunes, and I can get sucked into it if I’m unaware or tired.

Fortunately, because I’ve been practicing mindfulness meditation every single day for the past 90 days and began formal training with Jack Kornfield and Tara Brach, I’m aware of it and realize it’s untrue. But it keeps coming back! It’s like weeding the garden. Weeds can grow quickly, and you have to be clear about what you do and don’t want to grow in your garden and stay on top of it.

If I’m looking for evidence that the erroneous belief is true, there’s plenty of it. My family wasn’t receptive to the ways in which I could assist loved ones who were dying. My former principal didn’t value my creative, holistic approach to early childhood education. I often feel invisible and unrecognized in groups. I don’t have many followers on social media. Oh, the list could go on!

But it all depends on what you’re looking for because there’s also evidence to the contrary. My mom really wanted me around when she was dying because she felt safe with me. Parents from my old school district have practically begged me to start a preschool. I sometimes receive emails from friends and others who read my writing or see my photography and appreciate it. There are people who believe in me and say they wish I could see myself through their eyes.

Working with the problematic belief has been illuminating because it provides insight into how my mind operates. Some days (especially when my self-care slips), it gets me down, but some days I can laugh at it and find some humor in how persistent it is. A sense of humor is a great friend on the spiritual path.

Being with Thoughts and Children

A recent visit with my 2 1/2-year-old granddaughter, Ava, revealed parallels between working with our thoughts and guiding our children. When Ava displays undesirable behaviors, rather than either looking the other way or getting locked in some kind of power struggle, my natural response is to hold her with unconditional love and acceptance while applying a strategy like humor, distraction, empathy, etc. I might ask her if she is tired when she lashes out. Rather than either allow her troublesome behavior (or my troublesome thought) or take an axe to it, there is another option: to hold it in a kind and spacious heart and consider what’s behind it. What unmet need is behind our self-sabotaging actions, assumptions, cravings, etc.?

I’m discovering the key is to develop a friendliness and tenderness towards the fact that such a belief exists, while at the same time considering: Is it true? Is there evidence to the contrary? Am I giving more weight to the absence of positive response than to its presence? Awareness, tenderness, and curiosity can be powerful tools.

When I was in the library the other day, I walked past a toddler who dropped to the floor on the brink of a meltdown. His mother responded by saying, “Oh, honey!” with such presence and compassion that I had to do a double-take. She neither scolded nor placated the child. Instead, she acknowledged him and remained centered, skillful, and connected. Moments later, tantrum and power struggle averted, the child got up and walked along – just like a thought moves along when you meet it with skillful awareness.

I was in awe because it’s not something you see every day. It was absolutely inspiring – and apparently, I needed to witness it.

But it’s not the norm. Children are emotional barometers and often act up when their adult caregivers are already frazzled (kind of like how our pain-body becomes active when we are tired and off-balance). Or perhaps the adult has an agenda that gets hijacked by a tired and cranky child, and then responds harshly to the child. Or they are in a public place and concerned about how they appear (in control of the situation?) to others.

Here’s the part nobody explains to us when we’re little: The authority figure’s response to us is not an indicator of our inherent worth. Their response is coming from the personality level, on which they’ve been subjected to certain causes and conditions that made them a certain way. But none of that is based on truth about our True Nature. If we are not conscious of it, others’ reactions to us become internalized, and we believe untruths about ourselves that carve deep grooves in our neural pathways and become the Top Ten Tunes that are programmed to keep playing in our head.

As Ava’s grandmother who loves her dearly, I’d want her to know that any harsh words that are spoken to her are not truth, and she should not believe them. I’d want her to realize she is a beautiful, worthy being of light (while also being a human being that makes mistakes) and to not let the unkind voices bring her down. I wouldn’t want her to internalize them or act in accordance with them. I’d want her to live in harmony with her True Nature and to help her connect with that because it’s where her power is.

Wanting that for her, and realizing my grandmother wanted the same for me, makes it easier to give it to myself.

A few weeks ago, my son insisted on seeing the Mister Rogers documentary, Won’t You Be My Neighbor? with me. He knows film, and he knows me, and when he tells me I MUST see a certain film, I listen.

It’s a wonderful movie, by the way, and please do yourself a favor and see it if you haven’t already.

After seeing the movie, an image started arising in my mind during meditation when I noticed myself getting lured toward a seductive thought that makes me feel bad about myself. It’s inspired by animated segments in which Daniel Tiger represented Mister Rogers as a child and is the image of a young child wandering toward a curious something that has strong energy. Just before the child gets close enough to touch it, a loving adult gently picks her up and carries her to safety. I think of it as little mind (personality level) being rescued by Big Mind (Higher Self).

But the loving presence could represent everyone who’s ever loved and believed in me and wouldn’t want me to bring more suffering on myself. This loving presence guides me gently away from danger, just as I would do for Ava. She (it’s a feminine presence) doesn’t look the other way and let me wander into the Forbidden Forest of destructive thought. She doesn’t yell or berate me. It’s more like she ever so compassionately whispers, “Oh, honey!” and takes me gently by the hand so I won’t linger in a place that only generates suffering. It leaves me feeling worthy and loved, and I’m so grateful for the new grooves that are being created in my neural circuitry, both on and off the cushion.

I experienced the last few minutes of the Mister Rogers film as the most poignant of all. People who were closest to him listened to a recording of his voice instructing them to think for one minute of a person who loves/loved them unconditionally. It was powerful to see how their faces changed as they thought about this person. Toward the end, he reminded them that this person would never want them to feel bad and suffer. They only want what’s best for you. They wouldn’t want you to let anyone snuff out your light – the uniqueness that makes you special.

Those who love us unconditionally and those whom we love unconditionally are our greatest allies in helping us to generate lovingkindness towards ourselves when we question our worth, even if they’re no longer in this world. That includes Mister Rogers, who sang:

How about internalizing that voice?

I walked out of that movie with wet eyes, feeling deeply inspired. Mostly, I knew I needed to continue writing blog posts. It doesn’t matter if it feels like nobody cares about what I have to say. First of all, that’s not true. 🙂 Second, even Mister Rogers struggled with thinking his voice didn’t matter. And third, his spirit needs to be kept alive in this world. Empathy and kindness. Deep listening and appreciating. He and I (and only 2% of the population) are Myers-Briggs type INFP, and that’s what we do and who we are. And even though we can be misunderstood and devalued, the world needs us to express these qualities, big-time. Every single one of us who can bring forth empathy and lovingkindness needs to step up and not give up.

As we walked to the car after the movie, I told my son that the movie motivated me to share my writing again. He smiled a wise grin and said he had a feeling that would be my takeaway. Thank you, Mister Rogers, for reminding me that every message of joy, hope, light, and love matters and is worth sharing. And thank you, Cianan, for realizing I needed the reminder. 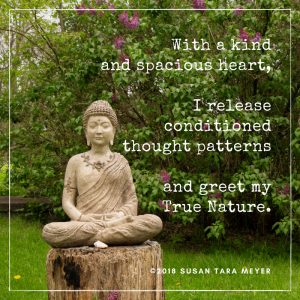 © 2018 Susan Meyer. All rights reserved. To use any or all of this article, include this exactly: Susan Meyer (SusanTaraMeyer.com) is a photographer, writer, clutter coach, feng shui consultant, and mindfulness teacher whose work is infused with a deep interest in the nature of mind and appreciation of the natural world. She lives on the Hudson River in Upstate New York.

P.S. I’ve rebranded! River Bliss is now Susan Tara Meyer! I’m also making changes to the way messages are delivered to my mailing list, and your patience is greatly appreciated as I work out the kinks. 🙂