Engaging the Magic in Narragansett 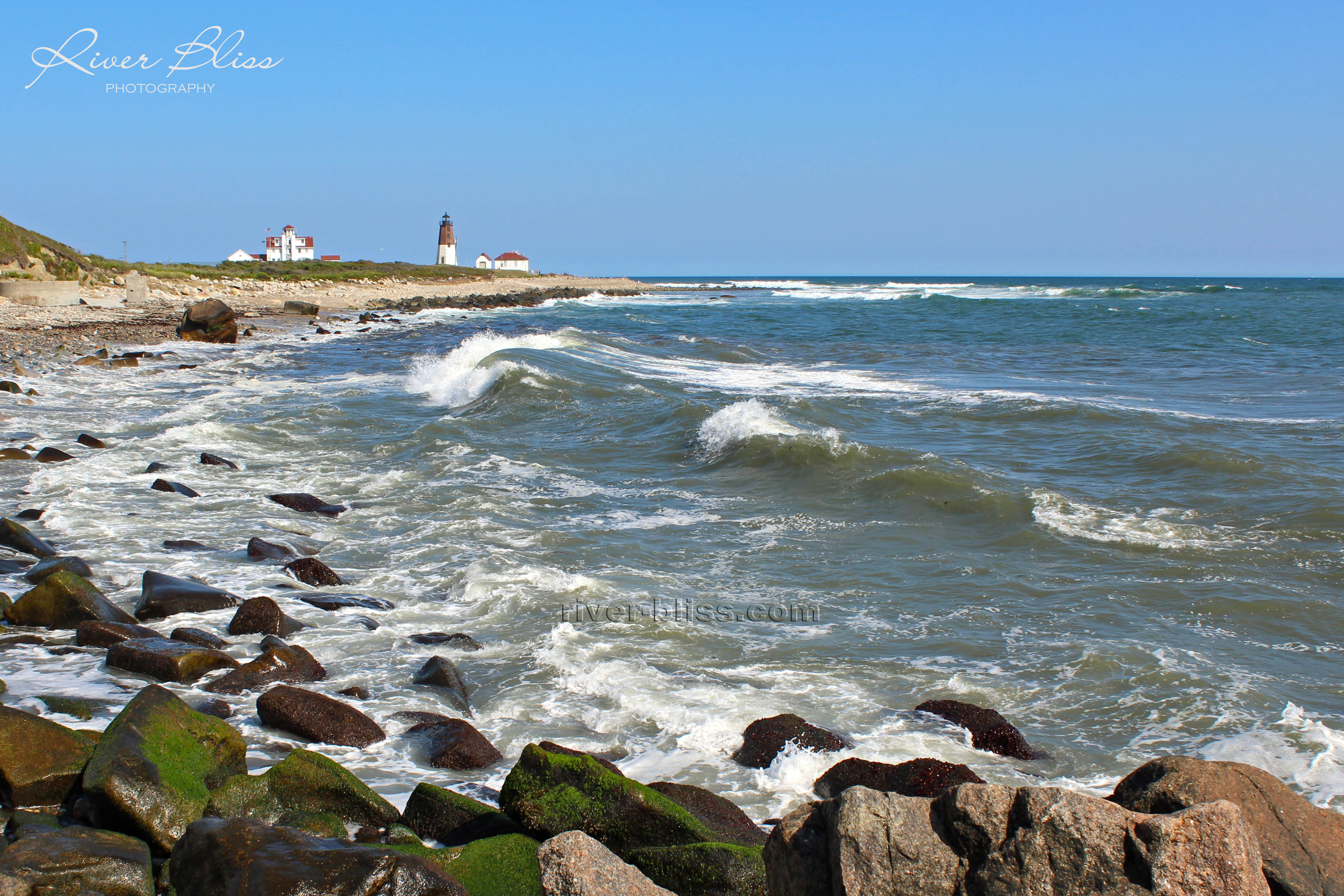 So, I ended my last blog post by saying that I planned to have two more adventures before August is over. I didn’t know what they would be but felt they would involve rocks and water. And it turned out my next adventure involved LOTS of rocks and water! How it manifested was truly amazing. Sometimes I am astonished by the ways of the universe and need to write in order to remember that gifts can arise completely expected out of the blue!

My husband and I had been talking about him taking a couple days off from his summer job so we could go to the ocean. We were thinking we’d go to Rhode Island like we did last year and probably get a hotel room for a night so we could have two beach days. It was the day before we had planned to go away, and he still hadn’t requested the time off. And I hadn’t looked into making a hotel reservation because I wasn’t sure we’d actually go ahead with it. Last year we went on the spur of the moment during early August when there weren’t as many things clamoring for my attention as there are a week before a new school year begins. Now it was the end of summer, I hadn’t had a paycheck since June, and my son needed running shoes for cross country, among other expenses. Perhaps it would be better to save money by staying home.

But I really wanted to get to the ocean.

I told my son I’d take him to get running shoes that afternoon, and on the way to pick him up, I received the most exciting news that felt like an answer to a prayer! My husband was at his summer job, and his boss asked him if he wanted to take a break and help himself to some food. Although he was hungry, he wasn’t interested in what was offered and decided to stay put. He then asked his boss for a couple days off so we could go to the ocean and explained that we don’t have any specific plans but would figure out something, as we did last year. Instantly, a friend of mine pulled up on her bike and talked with my husband’s boss. She and my husband recognized each other and began talking. He told her we were planning to go to Rhode Island the following day and had to make plans for a place to stay. It turns out she and her family rented a big beach house for the month that would be vacant for the exact same days that we wanted to be in Rhode Island. Next thing I knew, I received a text from my friend saying that we had a place to stay on Great Island in Narragansett! I couldn’t believe it!

That is what I call “engaging the magic.” Had my husband taken a break to get food, he wouldn’t have crossed paths with my friend, and the invitation wouldn’t have manifested. How perfect is that?

We were so excited that we left a few hours after he got home from work and arrived at our destination at 12:30 a.m. Even though it was dark outside, I could feel the salty air as we drove along and were surrounded almost entirely by water. I felt like Goldilocks exploring the house to decide which bed I liked best – and fell asleep promptly!

Needless to say, we had the best time in Narragansett. The house was incredible. The location was unbelievable. The weather was perfect. I took more than 700 pictures. 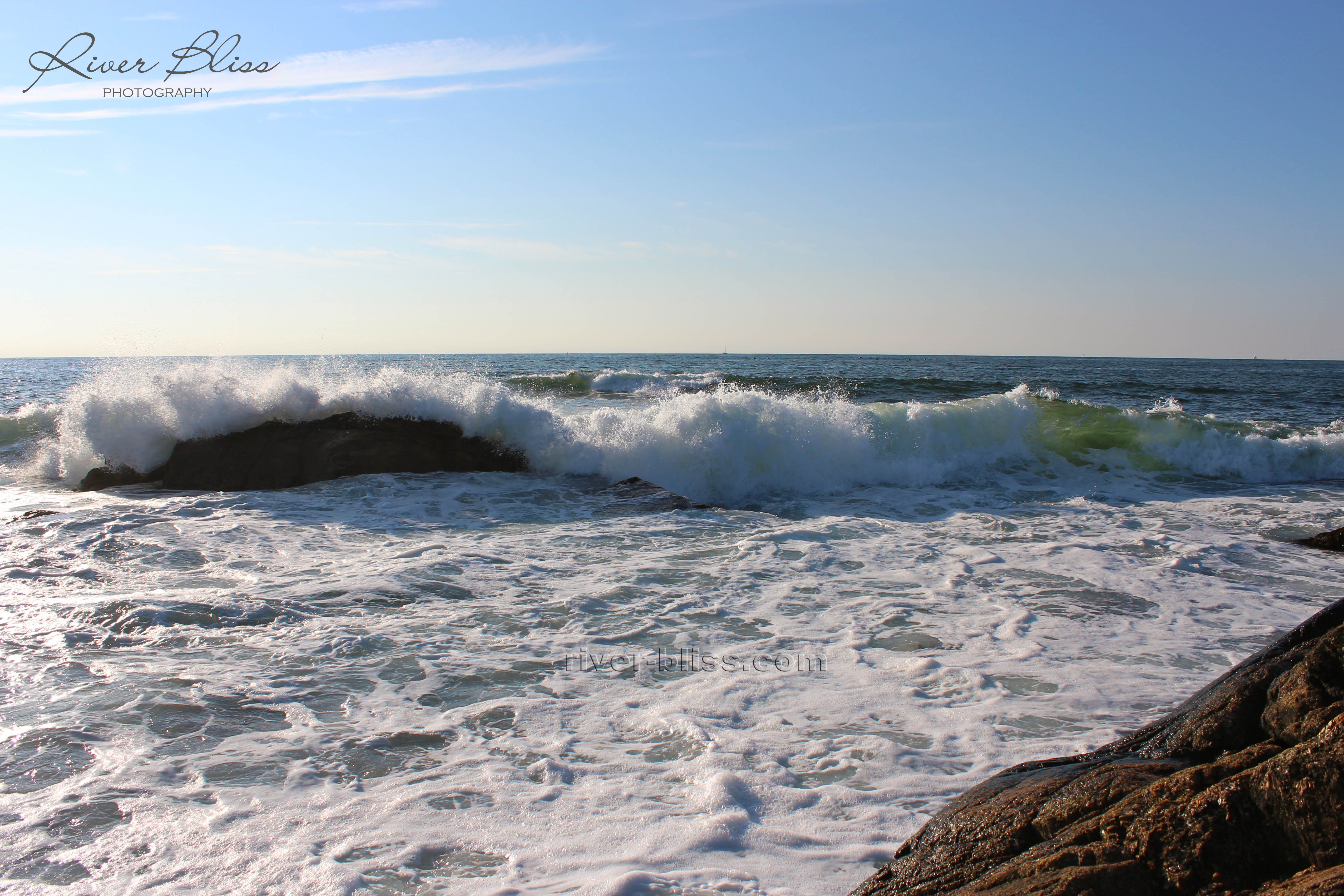 We spent three afternoons balancing rocks on the beach at Scarborough Beach, Black Point, Point Judith, and other locations. I will write about that in a separate post. 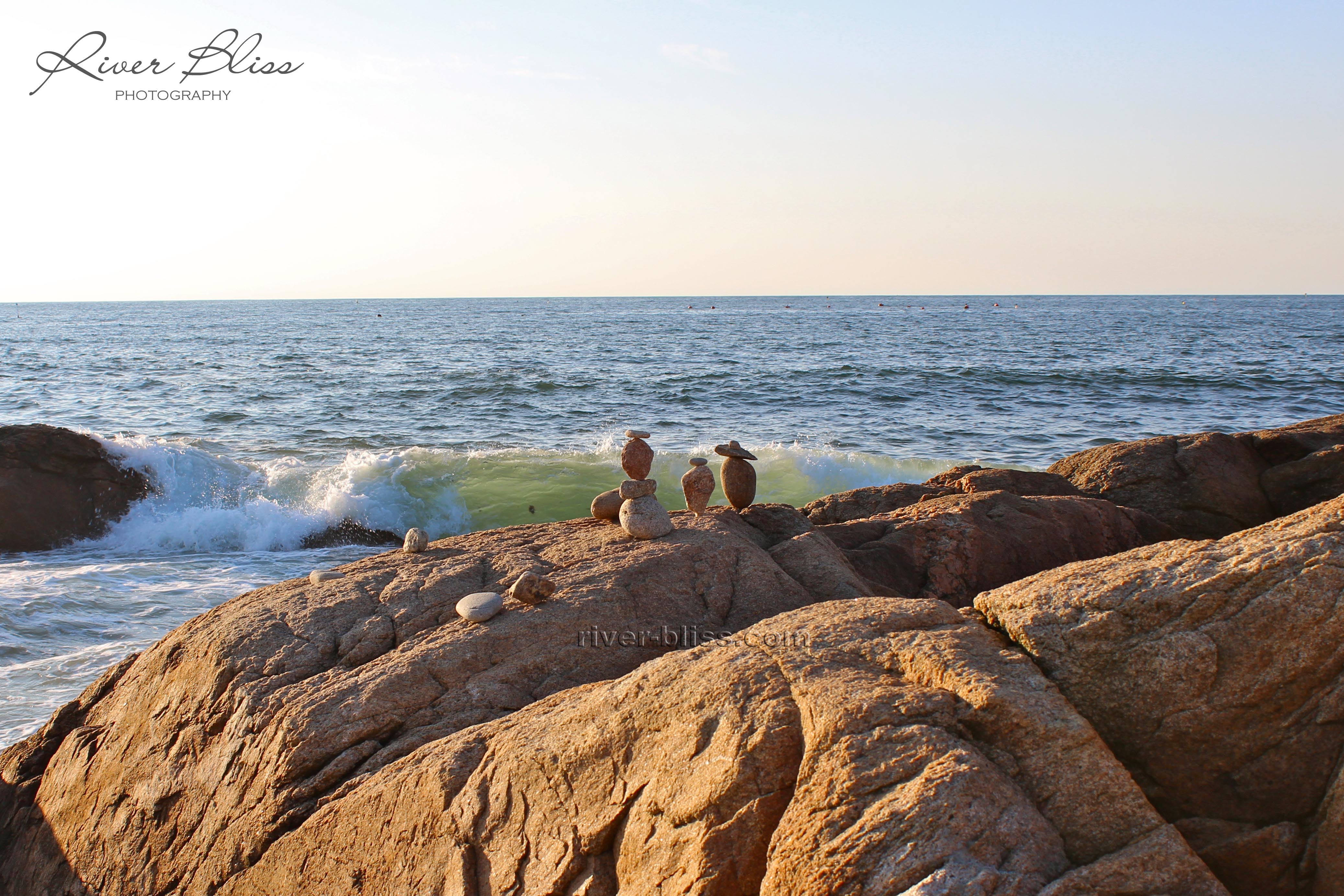 While packing up after our first afternoon on Scarborough Beach, we ran into an older couple – both native Rhode Islanders. The woman was walking along picking up sponges that had been deposited on the beach by high tide, and she taught me what to look for and how to dry them so they can be used for painting. This was another gift because I love to paint with sponges!

The next morning, I got up at 5:30 a.m. and headed to Point Judith to catch a glorious sunrise. 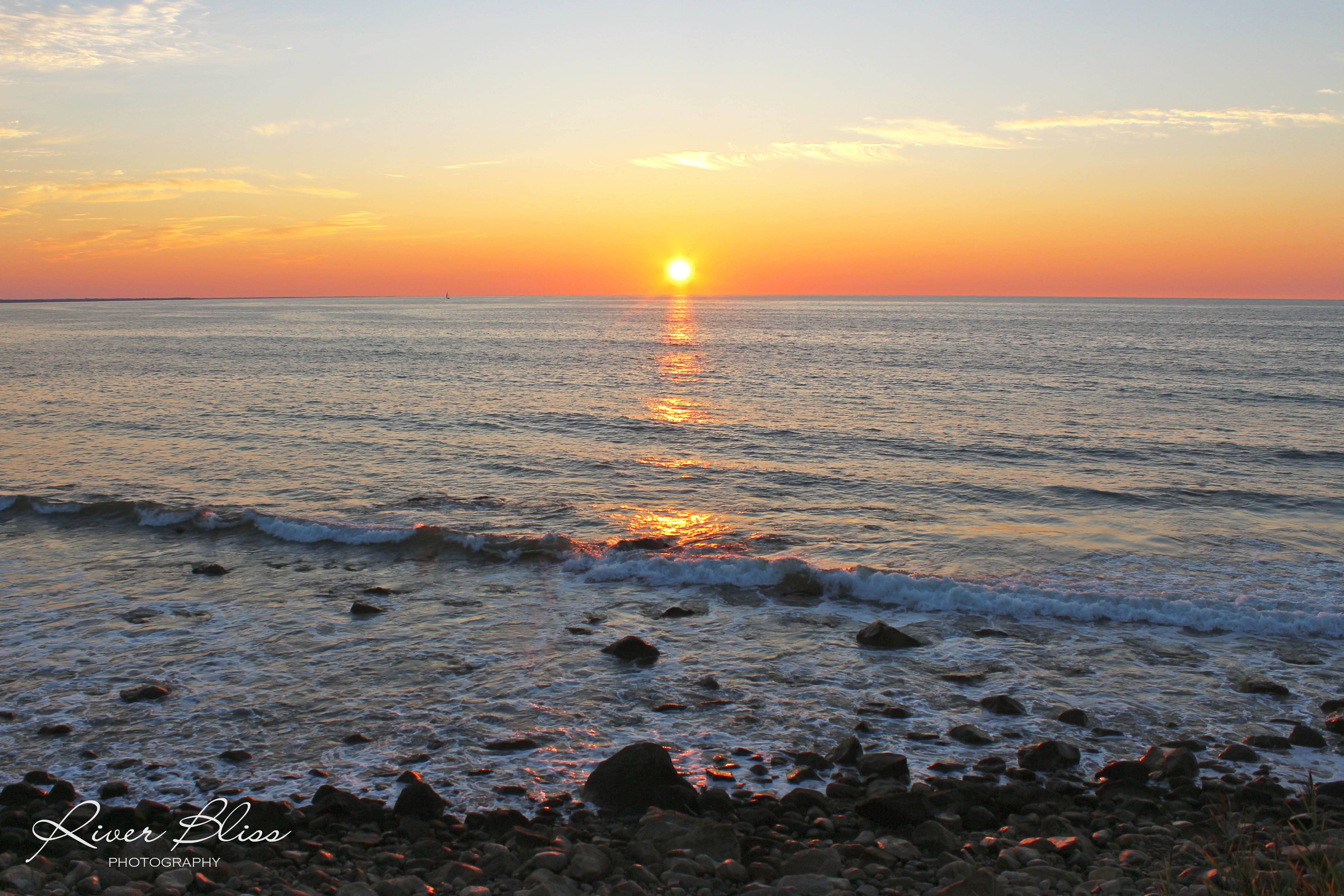 Later, we went out for breakfast and then stopped into a store owned by a couple of rock balancers. Before we left, I noticed sand dollars in the display case and asked the man if he sells them. Sand dollars always remind me of my grandfather, who died when I was 17. He wintered in Florida and brought me back a sand dollar along with a story about sand dollars. The store owner replied that he doesn’t sell them, but one day a man came along and gave him a bunch. My husband took notice and exclaimed that he saw a big bucket of sand dollars from the balcony where we ate breakfast overlooking the seaport. We found the bucket, and a fisherman walking by said we could have as many as we wanted because they’d been sitting there for a month. So I added sand dollars to my collection of ocean treasures and gifts from the universe. 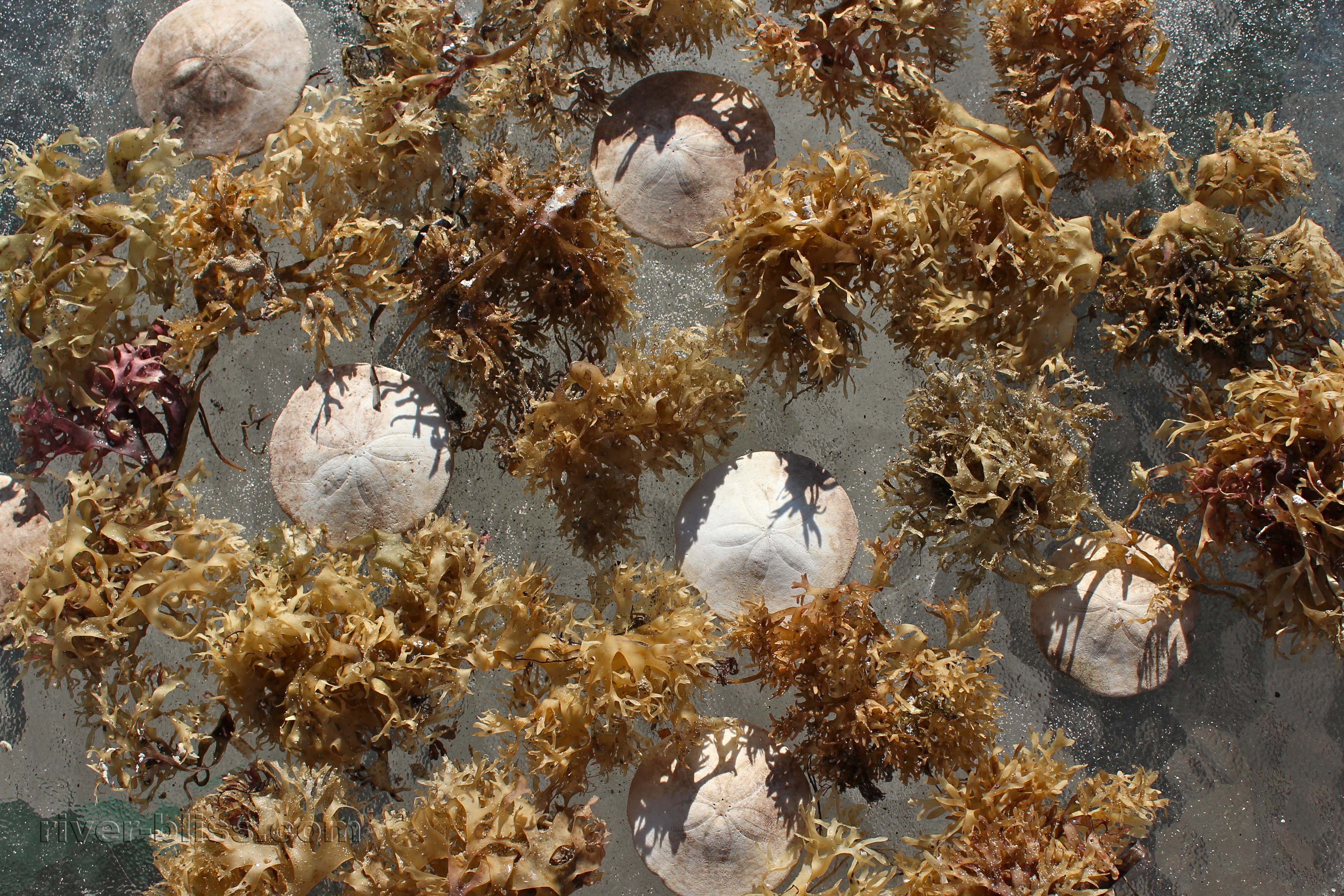 After another afternoon balancing rocks on a beach adjacent to Point Judith Lighthouse, we decided to cook up a meal of vegetables (that we brought from our own garden) and fresh sea scallops. When we stopped at a seafood market along the harbor, we happened to be the lucky customers and received fresh scallops and swordfish for free! It was another matter of perfect timing – showing up on the right day at the right time. And the meal was delicious! We savored it on the upstairs deck while watching the sun set.

The next morning, I woke up at 5:30 again and headed back to Point Judith for another pastel dream of a sunrise. 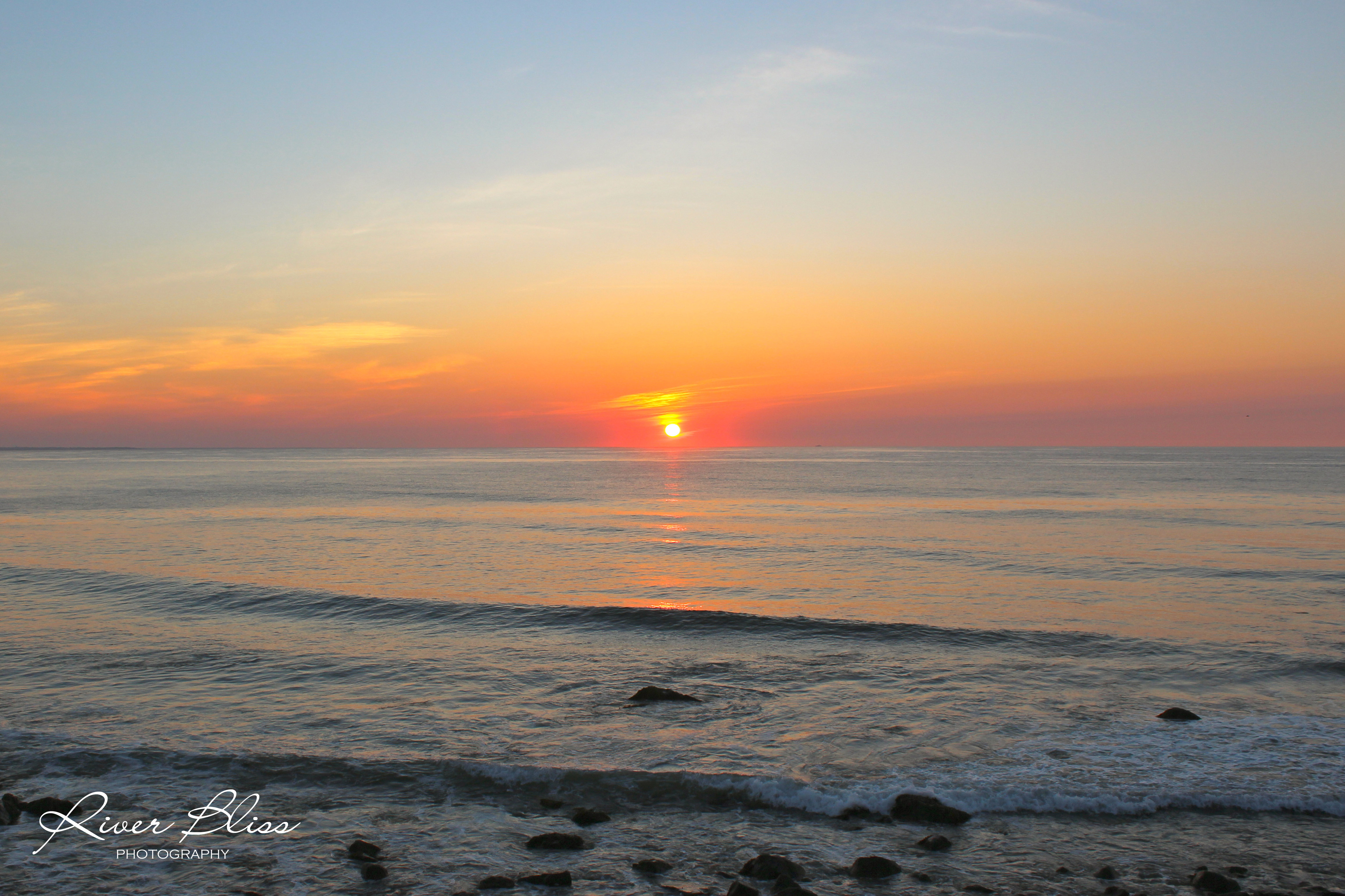 Then I retreated to a quiet spot on the rocks at Camp Cronin for some simple, solitary, sunrise rock balancing. I can’t remember ever feeling more in my element! 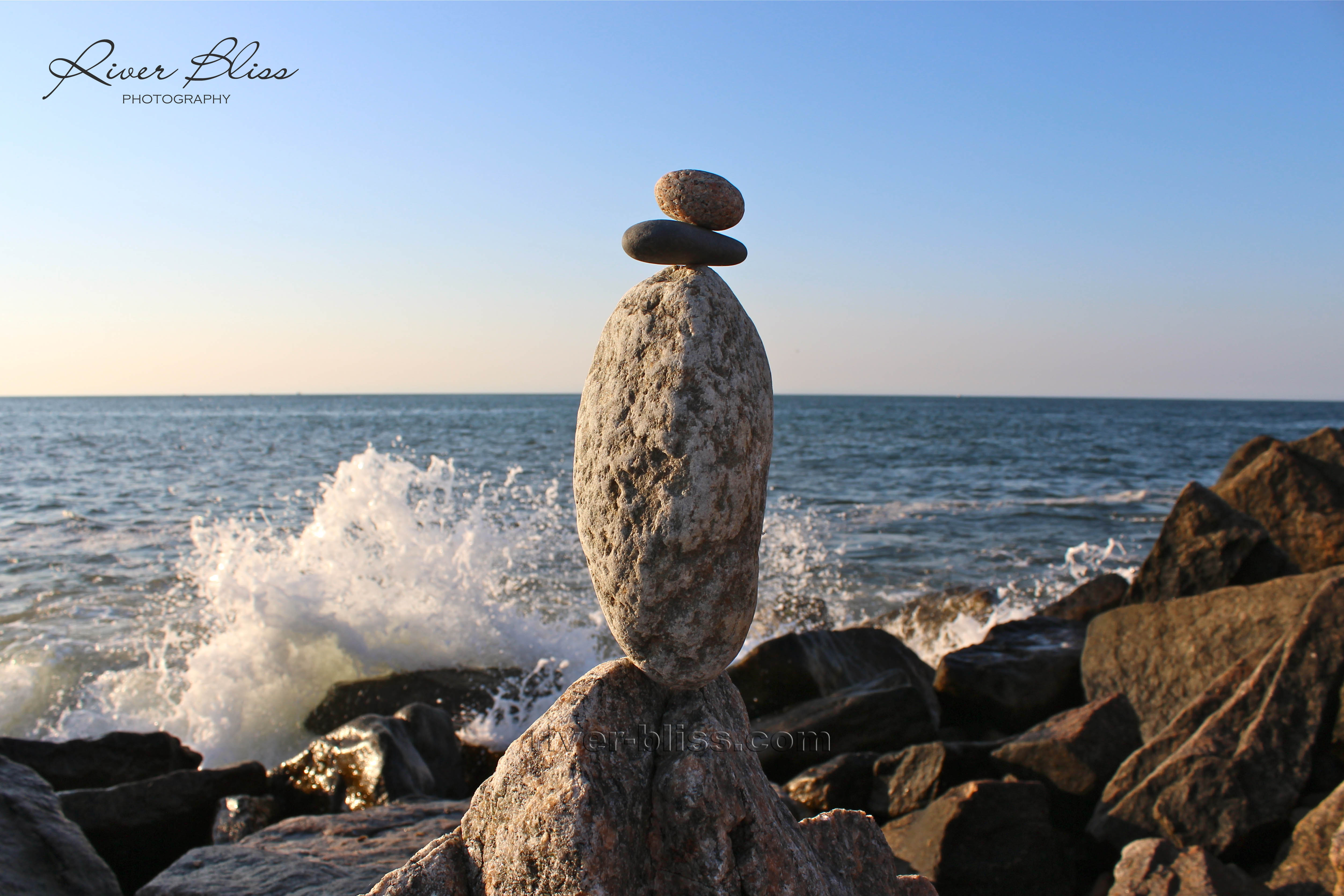 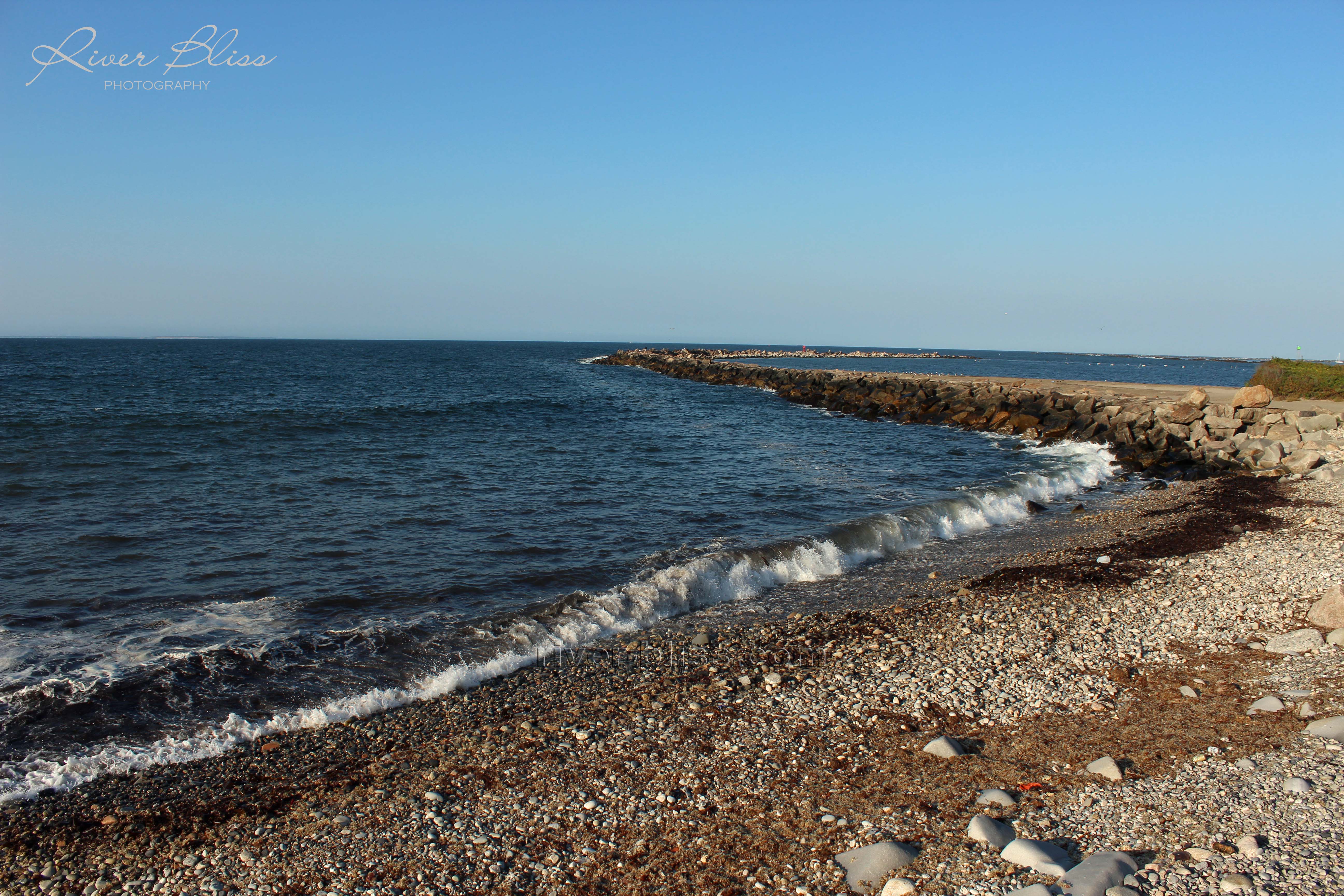 We spent our last afternoon (Wednesday) in Narragansett at Camp Cronin/Point Judith Lighthouse. The older couple we met on the beach two days prior had told us there would be really big waves on Wednesday because of a hurricane somewhere in the Atlantic Ocean, and this was the case. The wind made rock balancing challenging, and I opted to sit on the rocks near where I had balanced rocks that morning and appreciate it with all my senses, for we would have to return home soon.

If my husband were writing, his account would differ from mine, for we did a fair amount of exploring on our own. He engaged with the locals more than I did – even when he balanced rocks. It was easy to find our way around, and of course we also enjoyed our time together. The trip was magical from start to finish, and we were filled to the brim with gratitude. It’s so exciting to find new places to love and to be so in the flow! I returned home inspired deeply by people’s generosity and the goodness that can transpire when you open up and engage with life.