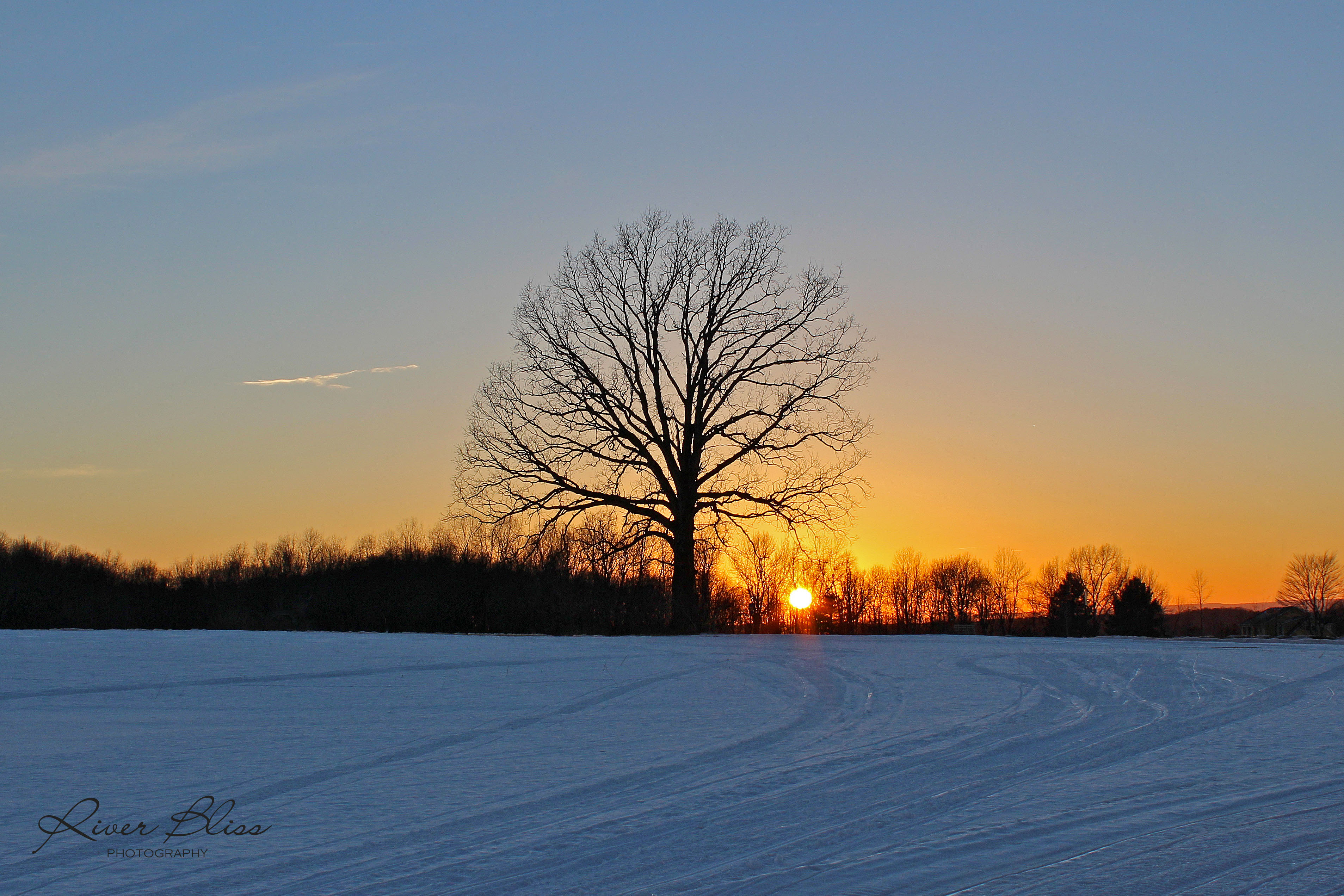 A few months before he died, my friend, David, gave me a two-year gift subscription to Joan Chittister’s monthly publication, The Monastic Way. Each month’s pamphlet features a different work of art and invites the reader to sit with the painting and read it with a “listening heart” while contemplating the following questions:

The Monastic Way employs art as a doorway to spiritual contemplation and is the perfect gift for me. It has inspired me to ask similar questions of images I find in dreams and nature. For instance, earlier this year I dreamed of sunlight shining through the frost-covered branches of a willow tree. It was the most beautiful, gripping image, and I wanted desperately to photograph it! Several weeks later, that image still calls to me. Realizing that it’s unlikely I will come across a frosted willow tree at this point in the season, today I did a Google search for sunlit, frosted willow trees and was transfixed by one image in particular. Once again, I’m grateful that someone took the time to capture and share an image that calls to me from within but eludes me when I search for it in the outer world. Because of this person’s generosity, I can sit with the image with a grateful heart and contemplate the particular significance it holds for me.

Other times, images aren’t so elusive, and I find them even when I am not looking for them – or when I am looking for something else. I never know when it will happen, but if I’m walking in nature – with or without my camera – something inevitably will stop me in my tracks and fill me with awe and gratitude. It could be anything, large or small. But when something calls to me like that, it always stops me in my tracks, quite literally. My husband has learned to deal with this little quirk of mine when we are out walking for exercise. Once I stopped for about 20 minutes to capture sunlight illuminating a leaf that was standing on its side on the roadside. 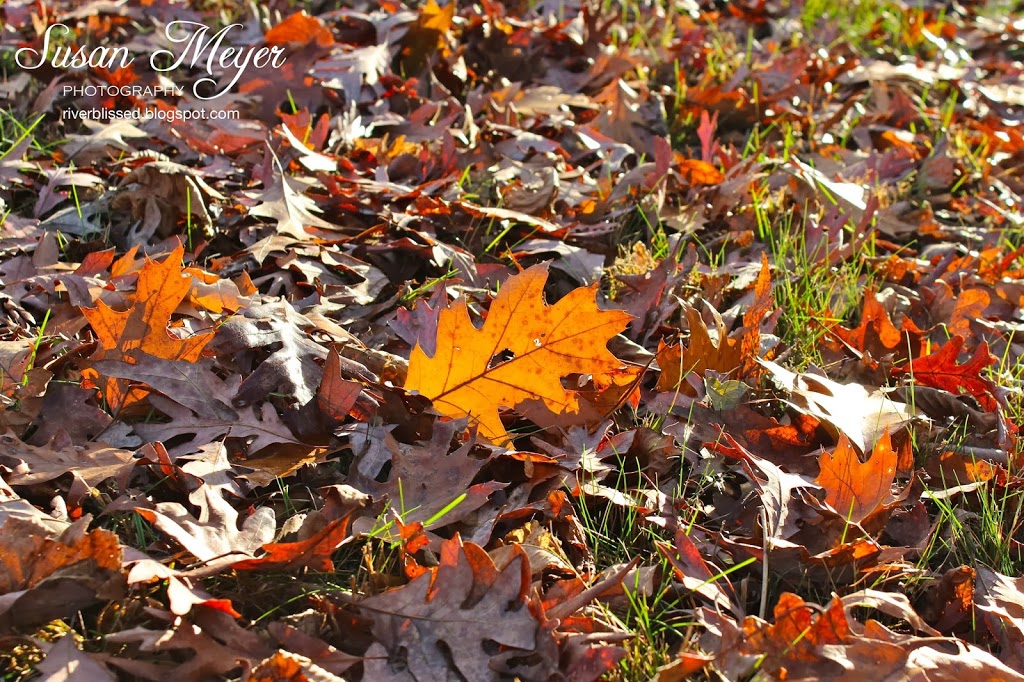 The oak leaf kept blowing gently in the wind but did not fall and lay flat like the other leaves around it. It stood alone and allowed the sunlight to shine through. Something about that resonated deeply in me.

And then there’s the tree that stands alone, silhouetted so magnificently by the setting sun. When we drove past it one evening (as we had done countless times before), my husband commented that he loves that tree. That’s all it took for me to fall in love with it, too, to the point of becoming fixated on mapping out angles, weather conditions, and times when it was most striking and photographable – for once I noticed it, the image spoke to me so strongly that I couldn’t stop thinking about it and needed to capture and share it. 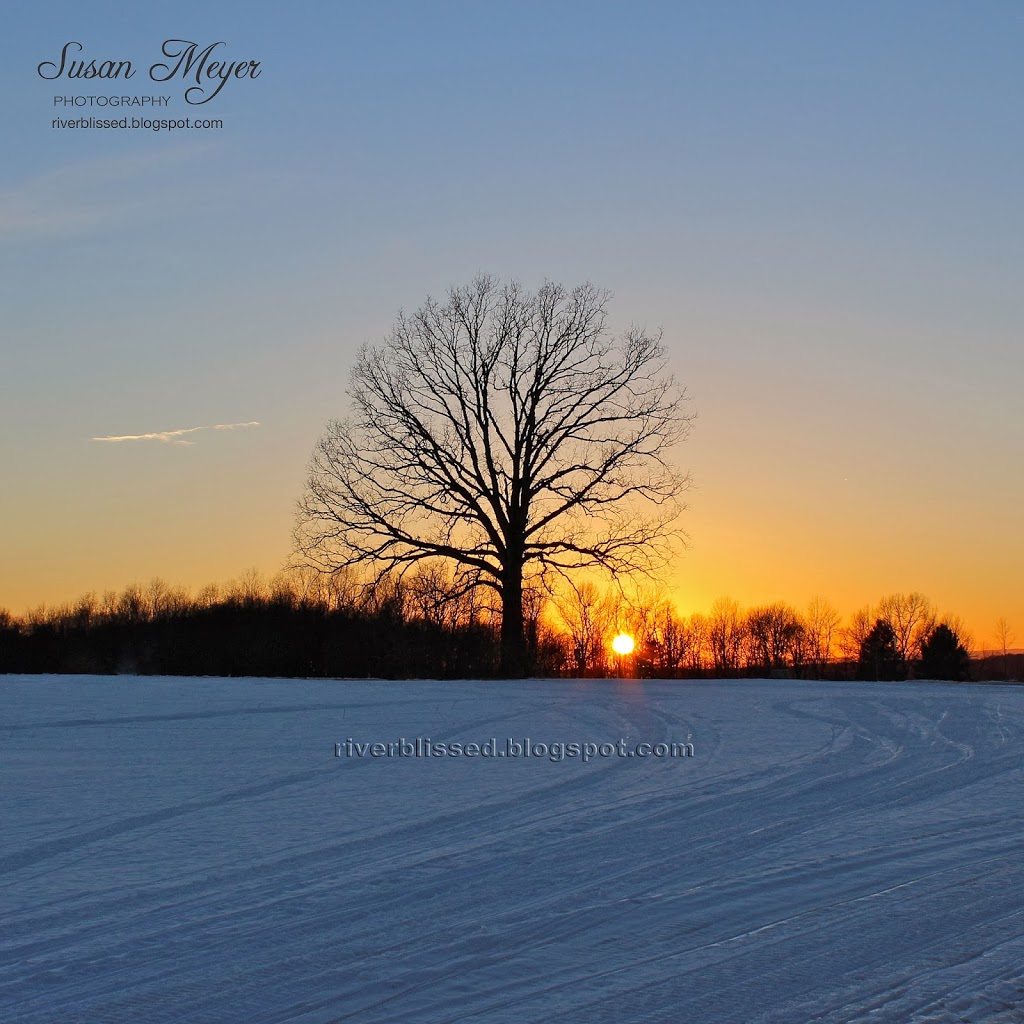 What does this image say?

What feeling, thought, or word does it evoke?

How does it awaken me?

On a recent, solo walk I came across the following image, which stopped me in my tracks: 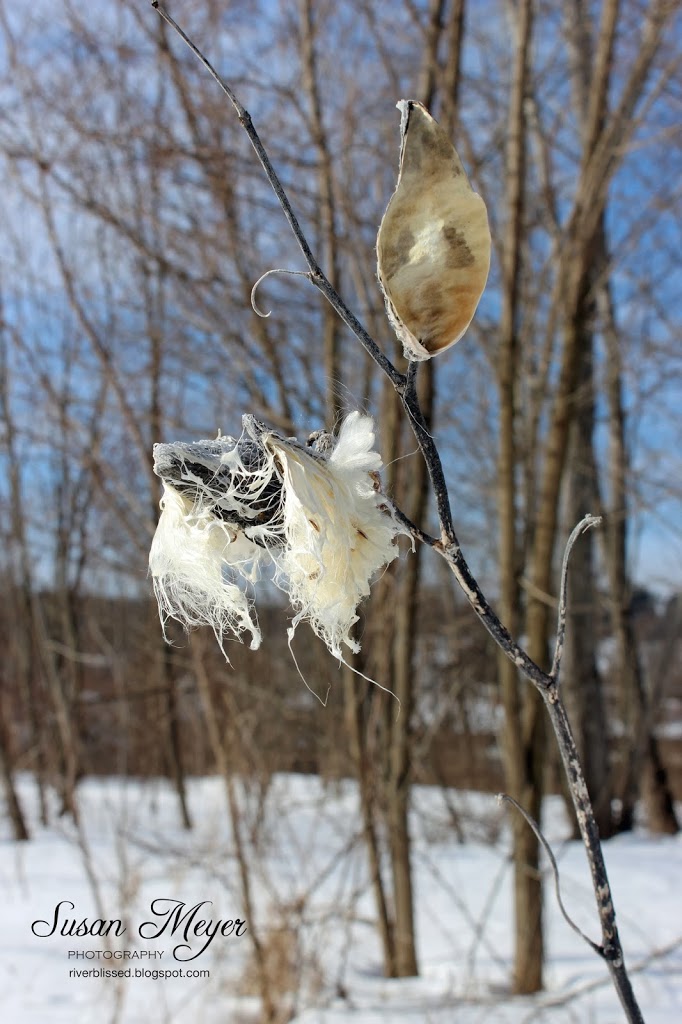 Three milkweed pods. One is empty. It opened and released its seeds to the wind before winter took hold. The other two pods are still full of seeds. Whereas some of the long, white hairs attached to the seeds are still fairly silky, most are wet and matted and therefore cannot be released into the wind. And the matted ones are pressing on the silkier ones, keeping them stuck in the seed pod.

As I stopped and gazed at this sight, I thought of my mother, who continues to live with advanced pancreatic cancer. I thought of her life and how fully she has lived it. She loved her work – early on as a flight attendant and then as an executive assistant at a performing arts center for three decades. But despite how much she loved her work, she’d always dreamed of being a nurse. She even went to nursing school part-time when my children were little, as she continued to work full-time. Eventually, she withdrew from the nursing program because she felt it got in the way of her spending precious time with her grandchildren while they were young. Time she realized she could not get back.

However, after she retired a few years ago, she became a hospital volunteer. And then she had a new dream: To learn to play guitar so she could share the gift of music with the patients she visited. Well, she didn’t miss a beat! She found a teacher and became a serious, dedicated student. Her life began to revolve around guitar, and her teacher became one of her dearest friends. Not only did she play for her patients, but she also mustered the confidence and courage to do open mic performances! Her energy was youthful and abundant and ever so inspiring. She was on fire with new passion in her mid-70s.

Music had always been so important to my mother, and when my siblings and I were growing up, she made sure we had music lessons for whatever instruments we wished to play. It was very important to her that we could play an instrument, and of the three of us, I was the one who took it most seriously. Playing piano became a fundamental part of my identity, and I know this brought my mother great joy. However, when I began to lose interest and move on to other endeavors, I think it was quite a loss for her. All along, she had an inner musician longing to come out like those milkweed seeds still stuck inside the pod. She made a career of working with world-famous musicians and supported her children’s involvement with music. But finally, she learned to play guitar, and that made all the difference. And what’s even more inspiring and impressive is that she used her musical passion and talent in service of others.

My mom is like the empty milkweed pod that has opened and allowed her seed dreams to be released into the world. In the process, she has inspired many who have witnessed her. (In fact, I, too, want to learn to play guitar.) It is a beautiful thing when silky seed fairies hitch a ride on a gentle wind, for they were made to travel beyond the protective confines of their pods, to give birth to new possibilities and fulfill their potential.

The image of the milkweed pods inspires me to consider what seeds are still waiting to be released from within me so that, when all is said and done, I can say with sincerity and gratitude that I have lived a truly fulfilled life. Also, how might I support others in opening and releasing their gifts to the world? May each of us open and let go of any fears and doubts that prevent us from sending our seeds into the world so that when we come to the end of our lives, we are lovely, empty pods with seeds sown as far as the gracious winds of our lives will carry them.