Let It Flow, Let It Go 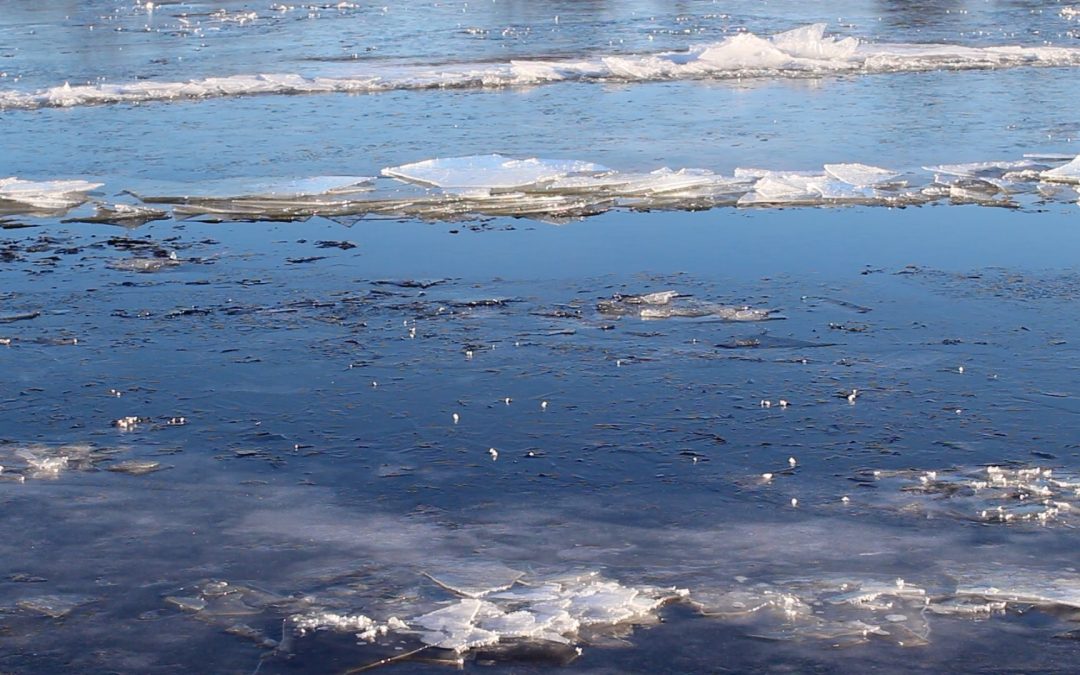 This morning, with temperatures barely out of the single digits, I felt called to the riverside. The river was beginning to freeze, and I was transfixed by the juxtaposition between parts that were frozen solid in place and parts that were still fluid and flowing.

More than a week ago, I shipped my camera off for repairs. My husband is letting me borrow his camera for the time being. It took a few days before I picked it up because, well, it’s not my camera. But I can’t resist photographing the river as it begins to freeze, so I headed outside with the less familiar camera.

I must have stood at the river’s edge for a good half-hour photographing, filming, and observing the freezing river. A few minutes into the first video, I noticed that a long chain of ice plates, stretched as far as I could see, had stopped flowing. Several minutes later, it began flowing again. A little closer to shore, there was buildup of the delicate ice plates and a sound that’s music to my ears, similar to a crackling fire as the moving ice plates came in contact with stationary masses.

I happened to be there at just the right time and filmed it all. It was amazing and extraordinary.

However, when I transferred the video to my computer, my expectations were quickly deflated. It turns out I had the camera on autofocus instead of manual focus, and the autofocus completely ruined the videos. Every few seconds, you could hear the sound of the camera refocusing, and the focus kept blurring and shifting around. Like autocorrect, autofocus doesn’t always get it right and sometimes gets it horribly wrong.

When I complained to my husband, he quipped, “Didn’t you talk about this in a photography class?”

Not what I wanted to hear in that moment. although he was right. In more than one class, I stressed the importance of taking a moment to pause and check your camera settings. Instead of jumping right in and allowing emotional excitement, or in this case cold weather, to distract you from drawing on your knowledge base.

Grrrrrrrrr. I did not pause to check the settings, and this was a basic one. It was another live-and-learn moment.

There are two things I’m quite certain I won’t do again, after learning the hard way in recent weeks:

Jack’s comment, though irritating at first, helped me to see the humor, stop blaming the camera, and name what was present: frustration and disappointment.

It’s kind of magical when you name your feelings. It puts some space around them so you’re not completely identified with or overcome by them. Instead, you can be in relationship with them.

The space allows another voice to come through. A voice that says: I will try again throughout the day or tomorrow morning. At least I don’t have to drive far for this. It’s right in front of my house.

However, I noticed the uncomfortable, physical energy of disappointment was still present in my body.

That’s when I remembered what was going through my mind as I watched the freezing river flow. Right there in the moment, the sight brought to mind the importance of letting feelings flow. Let it flow, let it go were the exact words that came to mind.

I recalled how surprised I was when the long chain of ice plates came to a standstill. I hoped they would start moving again. When they did start moving several minutes later, I felt a sense of relief. I also recalled that it was more satisfying to witness the flowing parts of the river than the ones that were frozen solid and not moving.

Like emotions themselves, impressions you receive from nature can be data about your state of being. Like looking into a mirror. Outer nature reflects inner nature, as inner nature is drawn to certain details in outer nature.

I allowed my body to move as it wanted, to move the emotional energy along, like the ice parade flowing along the river. It seemed to help.

So no, I did not make a satisfying video this morning. They were all duds, thanks to autofocus being on. Maybe I’ll have another chance tomorrow morning. Maybe I won’t. (As the sun sets this evening, the river appears significantly more frozen than it was this morning, so I’m not feeling hopeful.) But nature revealed something useful to me this morning, for which I feel grateful.

I was there at the moment the flow stopped and when it started again. I witnessed it and found meaning in it. The video didn’t come out as anticipated, but I received something of value from simply being there and observing it.

Even if I hadn’t walked away with a reminder to let emotions flow rather than get stuck, simply being on the riverside taking in the remarkable sight and sound would have been enough. A moment of pausing and being present.

Another message I received from being outdoors this morning:

There is beauty in the world. Get away from your screens, and go outside. The beauty you seek is seeking you. Go find it.

And so I went back to the river’s edge and took a few more pictures with the unfamiliar camera. After first checking and adjusting the settings, of course.

Because: live and learn. 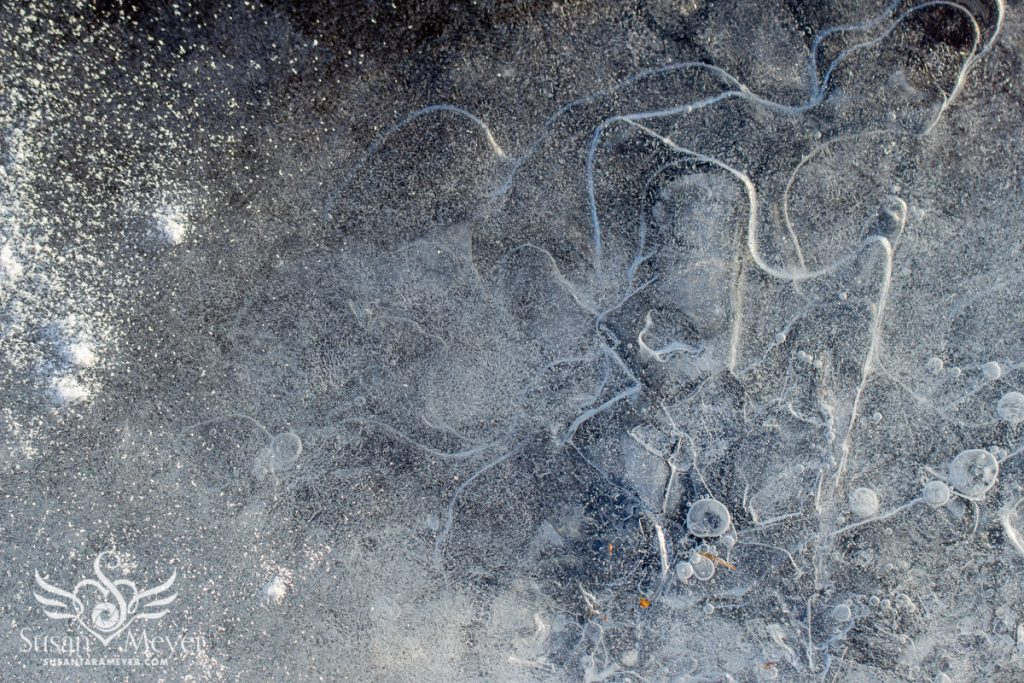 © 2022 Susan Meyer. All rights reserved. You are welcome to share this post or excerpts of it as long as you give proper credit to Susan Meyer and SusanTaraMeyer.com. Susan Meyer is a photographer, writer, and spiritual teacher who lives on the Hudson River in Upstate New York.