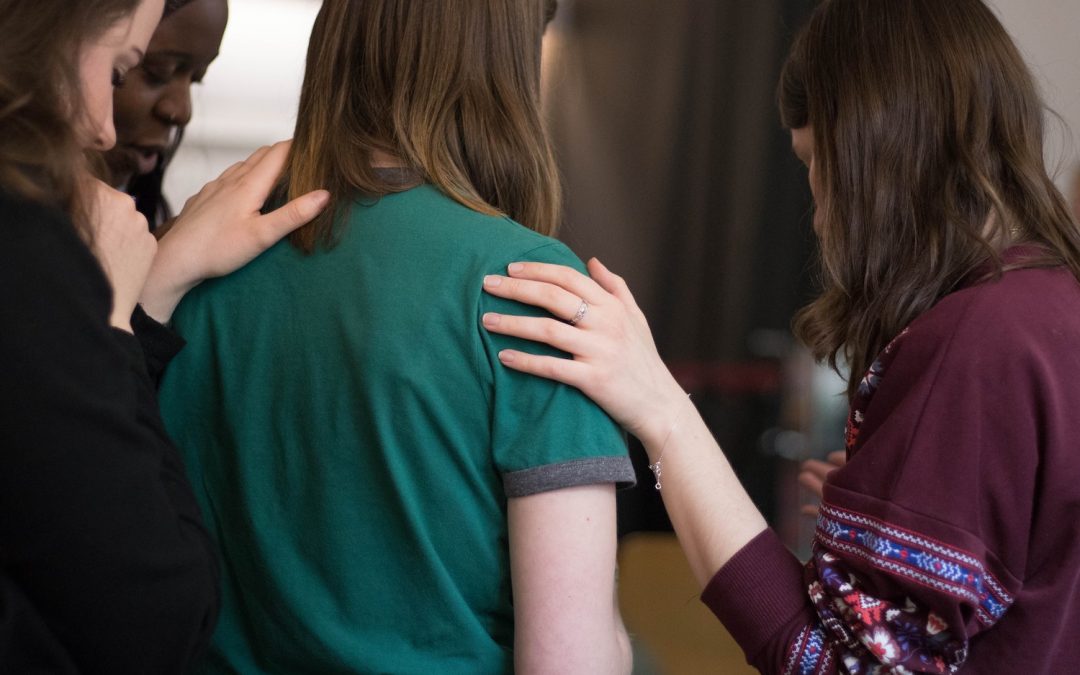 Yesterday, my dear friend, Lisa, was on my mind a lot. Last year at this time, in a pre-Covid world, she came down with a nasty case of the flu. It attacked her heart and left her clinging to life by a thread. An old post from her husband came up on Facebook before I went to bed last night, and I realized it was exactly a year ago, to the day. Somehow I knew that without knowing it.

Because it was a Really Big Deal. It was the first major shock of 2020 to be absorbed, and it’s a story I’ve told numerous times when giving talks on mindfulness of emotions.

It was the first time something like this had happened to someone I knew. When I told the story to my co-workers, the reaction was the same: You hear of this happening, but never to someone you know…until now. It was a revelation: The flu really can be that bad. Perhaps reconsider skipping the annual flu shot.

Exactly a year ago, I went to bed crying and praying like I never had before. Lisa can’t leave us. She just can’t. I couldn’t imagine a world without her.

She’d been transferred from Saratoga Hospital to Albany Med, where my dad was transferred after his 2013 cardiac event. I knew she was in good hands there. But even Albany Med didn’t have the equipment to keep Lisa alive. She was transferred again, to Montefiore in New York City, and put on an ECMO circuit. I’d never heard of ECMO before.

It didn’t look good. The odds for survival were alarmingly low. It really looked like we were going to lose her, and this was devastating.

Lisa always has been one of the Helpers in this word. We went to high school together but weren’t friends back then. When my family and I moved back to Saratoga Springs when the kids were little, I attended a La Leche League meeting Lisa led, in hopes of connecting with a network of kindred spirits. Not only was Lisa a La Leche League leader, but she also established a food co-op for a small group of friends. We’d show up every month when the truck was expected to arrive at her house and process the order while our children played together. My daughter and Lisa’s oldest daughter were the same age. When they got to middle school – the first time they attended the same school – they became (and remain) best friends.

When the girls were in middle school, Lisa became the head of the PTA. Her home was the most welcoming place. We’d sit at the table and have tea, and I always left feeling so cared for, as if my heart had been filled up. And she would be the first one to drop off a homemade meal when you were going through a crisis, like when my mom was dying. Her caring and generosity meant so much to me. I thought of Lisa as a Leader and a Giver. Drawing people together and creating community were among her superpowers.

This is why I couldn’t imagine a world without her and prayed for her to pull through. Understandably, she had an enormous support network of friends and family, and a huge number of people were praying for her. And miraculously, she began to grow stronger and get better.

The surprising thing was that when she turned that corner, and the odds of her surviving began to improve, some uncomfortable feelings started coming up in me. Feelings that didn’t seem appropriate at all in the situation: envy and jealousy of the vast support network of friends and family who were pulling together for her. A Facebook group of more than 500 people was created to streamline communication, so her exhausted family wouldn’t have to reply to constant questions from all those who cared about her. Friends were driving to NYC to be there for her and her family.

A narrative began to play inside my head: This certainly wouldn’t be the case if something like that happened to me.

In my opinion, envy and jealousy are the most counterproductive, misguided emotions of all. How could my friend fighting for her life bring up such shameful feelings? What kind of person was I to feel anything other than immense gratitude and relief for the progress she was making?

There are two arrows of suffering talked about in meditation circles. The first arrow is the unpleasant feeling itself. But then there’s the second arrow, which is our reaction to it: feeling bad about having the feeling and making it wrong. Even making ourselves wrong or bad for having it. The second arrow can be sneaky and hurt even worse than the first one.

There is a Buddhist story of the demon god Mara, who did everything in his power to prevent the would-be Buddha from attaining enlightenment. Failing at that dark mission, Mara continued to show up when the Buddha was teaching, determined to lure him into some kind of egoic craving or delusion. Whenever the Buddha’s vigilant attendant noticed Mara lurking about, he’d let the Buddha know. Instead of ordering that Mara be taken away or hiding from him, the Buddha would address him directly: “I see you, Mara. Come, let’s have tea.” So they would sit down together for a chat.

When practicing mindfulness of emotions, first we acknowledge what is present. There is real power in that. Noticing it and calling it what it is helps us to not be so fully identified with it. It gives us some space to explore what’s going on below the surface instead of being hijacked by it.

When feelings like envy and jealousy arise, the first instinct might be to deny them or push them away: These feelings don’t belong in this situation! They are dishonorable! That’s the sound of the second arrow piercing.

Instead, we can experiment with acknowledging them and allowing them to exist: This, too, belongs. There are no inherently bad feelings, only unpleasant ones.

So I said, “I see you, Envy and Jealousy” and became curious. I sat down with them – invited them to tea, so to speak. I listened to what they had to say and realized it was useful and important. They highlighted the lack of community in my life.

I’m an introvert who enjoys spending quiet time alone. It’s how I recharge my batteries and create. I hadn’t realized how much community mattered to me, how much I craved it, given how comfortable I felt being alone. And when I understood that was what was really going on – that these uncomfortable feelings pointed toward a deeper need – it motivated me to take action to create more community in my life. If I had just pushed them away, I wouldn’t have done that because I wouldn’t have become aware of the longing in the first place.

That was a year ago. Since then, Lisa has made a full recovery and was able to share her husband’s Facebook post from a year ago. Her ordeal awakened me to both the power of prayer and my inner yearning for a deeper sense of community. Less than a month later, I began teaching my first practicum course for mindfulness meditation teacher certification at a local library. We had our initial meeting in-person, and a week later, all in-person programming was cancelled. So I moved it online and have been providing mindfulness meditation programs for multiple libraries ever since.

Several participants have been with me from the beginning, and it’s a privilege to witness the joys and struggles of their meditation practice. A sense of community has developed, and I am truly grateful for the presence of these sisters and brothers in my life. We’ve been breathing together through a great deal of turbulence since last spring. I’ve become involved with other community networks, as well, and it’s such a joy to feel connected to so many beautiful humans I didn’t know a year ago and to radiate mutual caring.

As if to underscore this, right on cue, in the process of writing this, I received an email from one of the women who attends my programs. In last night’s Zoom session, she was thrilled because she’d just scored a vaccine appointment for a family member. I mentioned my husband has been trying every day to get appointments for his parents, and it’s been incredibly stressful. So this morning, this dear soul reached out and offered to help and within minutes notified me that she’d made appointments for my in-laws, for tomorrow. She came through for us in a big way, and everyone is overjoyed and relieved!

Community is people who show up for one another, and this was a perfectly timed illustration of the presence of community that didn’t exist a year ago.  It feels amazing to shine in community with others. And to think I didn’t even realize how much I yearned for it until Lisa’s health crisis awakened me…and I chose to lean in and listen to what the uncomfortable feelings had to say instead of shooing them away.

Isn’t it amazing how we plant seeds of transformation in one another without even realizing it – and what new possibilities unfold when we shower those seeds with presence?

© 2021 Susan Meyer. All rights reserved. You are welcome to share this post or excerpts of it as long as you give proper credit to Susan Meyer and SusanTaraMeyer.com. Susan Meyer is a photographer, writer, and spiritual teacher who lives on the Hudson River in Upstate New York.