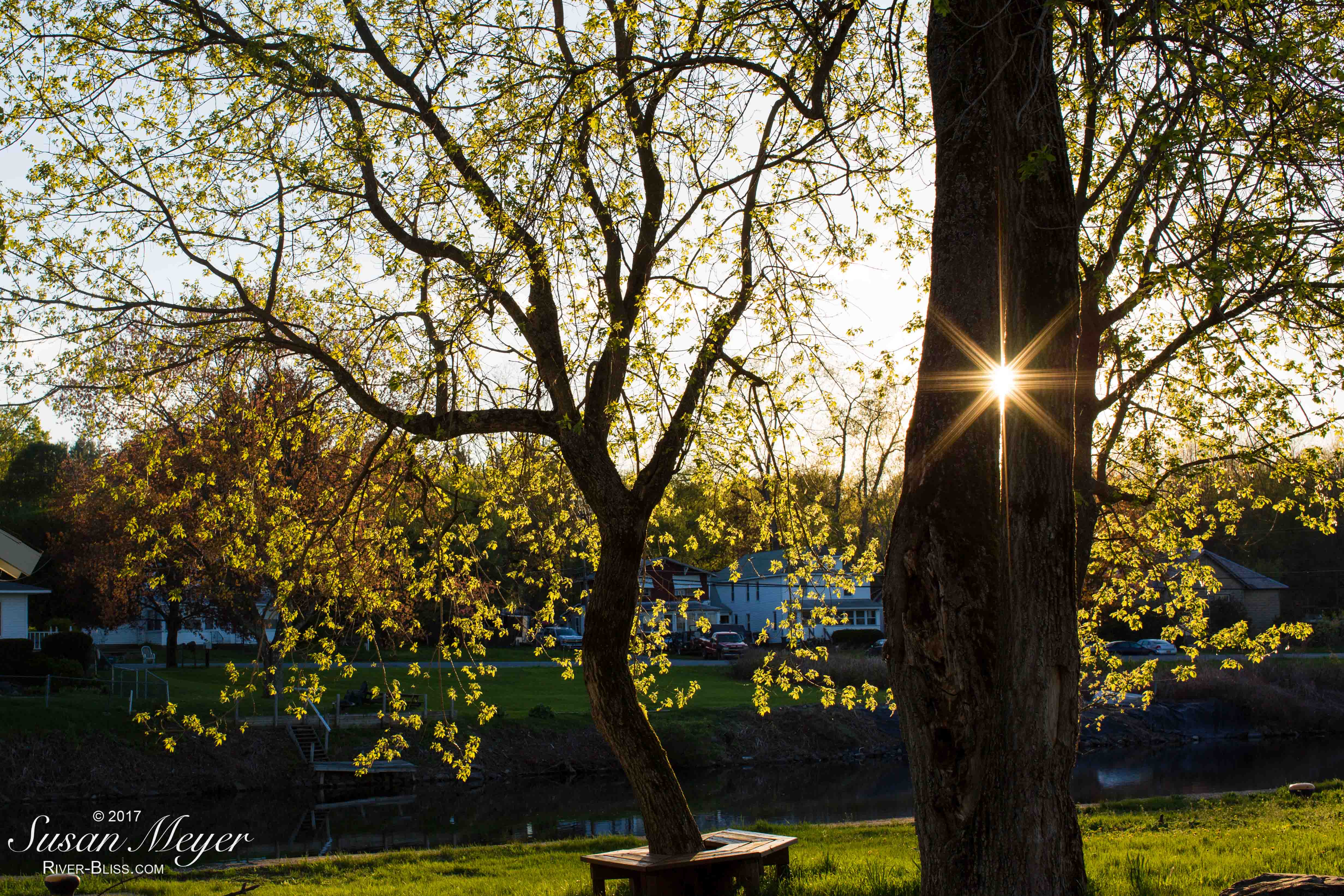 Yesterday morning, I was driving to a Reiki training an hour away feeling agitated and anxious, which is not how I wanted to arrive at the training. I needed to get an important message to my daughter before going into the all-day event. I hoped I would calm down before I arrived at my destination and practiced feeling the emotional energy in my body, allowing the uncomfortable feelings, generating compassion, and choosing better feeling thoughts (which included feeling grateful for all the tools I have in my healing toolbox). I found it interesting that peace blanketed me, just like that, as I crossed the Twin Bridges over the Mohawk River.

I’ve loved Kahlil Gibran’s writings ever since a friend introduced me to The Prophet at age 22 – the age my daughter is now. As I continued driving in a more peaceful state now, a few lines from The Prophet (“On Children”) came to mind out of the blue:

Your children are not your children.
They are the sons and daughters of Life’s longing for itself.
They come through you but not from you,
And though they are with you yet they belong not to you.

That was a significant poem to me – so much so that we had our parents take turns reading lines from it during my first wedding ceremony. I was 25, and my parents weren’t thrilled with my choice of a husband. They had lots of opinions about how I should live my life – because they cared about me. But it really bothered me that they weren’t able to trust me to make my own choices and even mistakes and seemed to believe they knew better than I how to live my life. Hence, the poem at the wedding.

Twenty-five years later, it was still relevant as I drove to the Reiki training. I had been able to give my daughter the message, and she was able to adjust her plans accordingly. I wished I could do more and wondered if I should turn the car around and spend the day with her. But the poem helped me to realize that I had done my part, and I needed to trust her journey…and go to my training.

When I arrived at the training, I put my stuff down and went into the restroom. What do you think was hanging on the wall next to the mirror in the bathroom? The very same Kahlil Gibran words that came to me in the car!!

Instant tears. I had to pull myself together for a moment before returning to the room.

That synchronicity was the first special gift of what ended up being a very powerful day. I went into the training with no expectations. I hadn’t even received a Reiki session prior to the training and was there simply because I felt guided and followed my intuition. Something very intense happened to me during the attunement ceremony after I accepted the possibility that I might not feel anything at all, and tears kept streaming down my face. I felt a little disoriented as I walked out of the building and into the warm, sunny day for lunch break. Something really big had shifted in me. I knew intuitively that I had said yes to healing myself so I could be a better healer for others. It felt like I had made a deep, inner vow.

During the afternoon, we paired up to give and receive a full Reiki session to a partner. I worked with a highly intuitive practitioner who was there as a helper. At the end of the session, she shared with me what came to her as she flowed Reiki (universal life force energy) to me. She described an image of a willful, young girl and a bicycle that I knew referred to my daughter. A voice was singing the “Hush, Little Baby” lullaby. The woman asked if there’s a message she can give me, and the voice replied, “Just tell her we’re with her.” She asked me if that means anything to me, and it was the third time I was moved to tears.

My daughter has been dreaming of her deceased grandparents a lot over the past few months, and I feel that they are with her. And that brings me comfort.

Sometimes we just don’t know what people are dealing with in their personal lives. My daughter has been going through a very challenging time lately, in which she was living in an environment that was very wrong for her and felt powerless to get out. She didn’t even have a car. Now she is out, thank God. Sometimes you have to hit rock bottom before you are able to remove yourself from toxic relationships and turn your life around, and she is motivated to do just that. One thing I’ve learned from my 50 years on this planet is that if you are living in a way that is not in alignment with who you really are and what your soul wants, the signals will keep getting stronger until you can’t ignore them any longer and are forced into action. Sometimes something that seems like a great misfortune saves you from something even worse.

I think of the Zen story of the farmer’s luck, which I’ve probably referenced before because it’s one of my favorites:

One day, a farmer’s horse ran away, and when the neighbors heard the news, they sympathized saying, “Such bad luck!” The farmer replied, “Maybe.”

The following day, the horse returned to the farmer along with three other horses, and the neighbors exclaimed, “How wonderful!” The farmer replied, “Maybe.”

The next day, the farmer’s son broke his leg when he was trying to ride one of the untamed horses. Again, the neighbors offered sympathy for the family’s bad luck. And again, the farmer replied, “Maybe.”

The following day, military officials came to the town to draft young men but passed over the farmer’s son because his leg was broken. The neighbors offered congratulations, and the farmer replied, “Maybe.”

With compassion for my daughter and for other women in similar situations, I offer a reminder to refrain from passing judgment on others when you have no knowledge whatsoever of the context, relationships, personalities, miscommunications, intentions, etc. behind a soundbite of information. Before jumping to conclusions, try walking a mile in someone’s shoes. Things are not always as they appear. As for me, I’m beaming strength, light, and so much love into a world that seems to need it now more than ever. A world in which many people are quick to jump to conclusions that serve their personal or political agendas and to create divisive characterizations that somehow make them feel safer and better about themselves…at someone else’s expense.  A world in which people are guilty until proven innocent rather than the opposite. Into that world, I send light.

And you know what’s great about that? More light. Just as the trees are putting out new leaves to collect sunlight, more light equals more growth. This, friends, is the growing season. 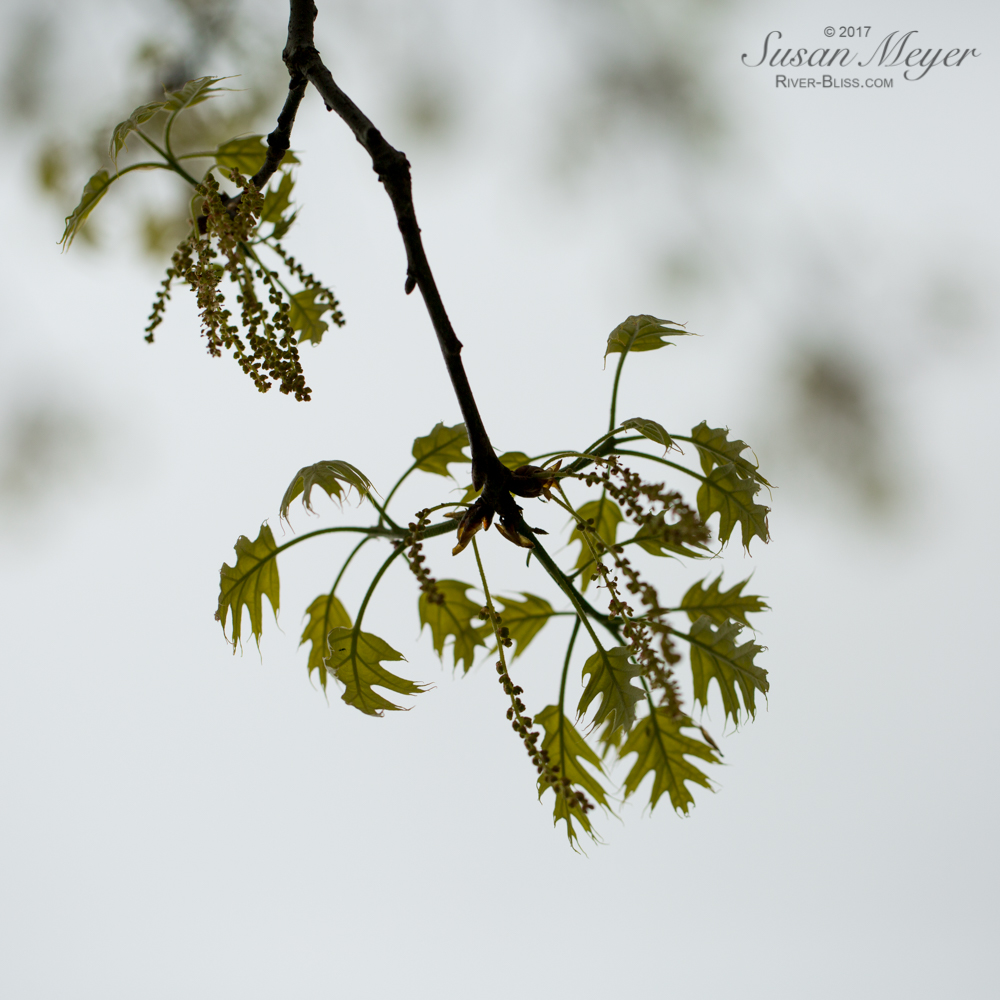