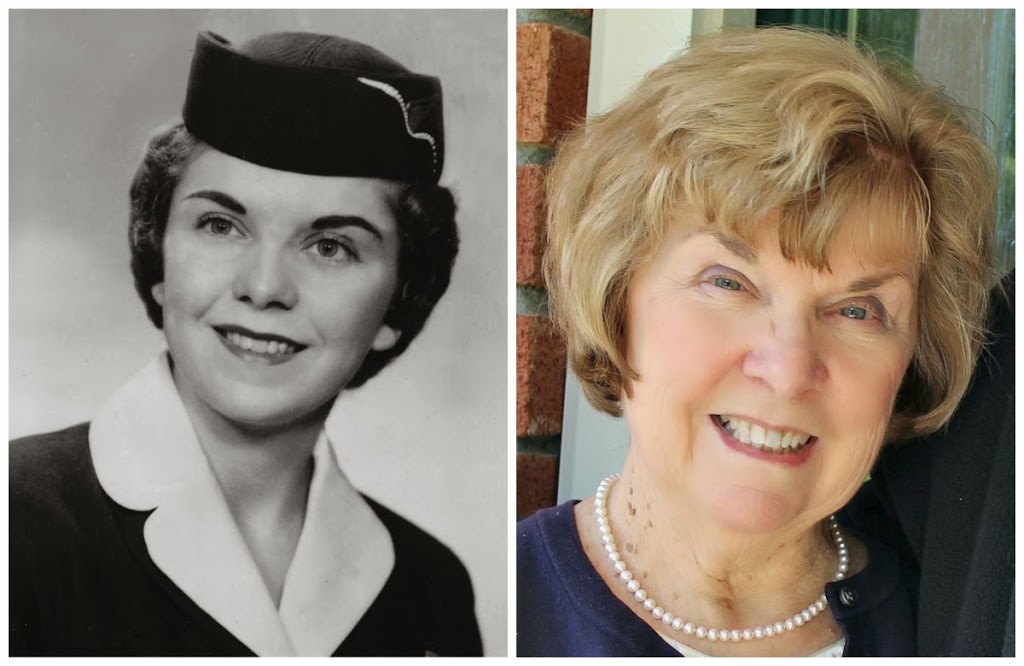 When my mom received her cancer diagnosis in December, writing her obituary was one of the first items on her to-do list. Even before the diagnosis, I had expressed to her my interest in writing “beautiful obituaries” for people. Her response was that I could begin with hers. She already had composed an obituary but wanted me to help her fine-tune it. Being such a modest and gracious person, my mom stuck mostly with the facts. She did a great job, but I wanted to embellish it with a clear sense of who she really was as a person – because she was truly exceptional. Needless to say (because she was so modest and gracious), it took a little convincing before she would approve the glowing sentiments and details I wrote about her, but finally I got the okay.

I had no idea how expensive it is to publish obituaries in newspapers! The price tag of such a lengthy one was beyond what our family could afford. With a heavy heart, I agreed to remove most of the more personal parts of the obituary for the papers but was glad to be able to publish the full version online. I also am publishing it here (sans names) because I want to share my mother’s story. It is the story of a full and happy life well lived.

[My dear mother,] Nancy passed peacefully on May 27, 2014 after a courageous battle with pancreatic cancer. She was 76.

Nancy was born in Cornwall, Vermont. She attended school in Cornwall and Shoreham, Vermont and graduated from Burnt Hills-Ballston Lake High School.

In addition to her husband, she is survived by their three wonderful children. She adored and was so proud of her four grandchildren. She is also survived by her brother (and sister-in-law), a nephew, two cousins, and her cat, Alena.

Nancy will be remembered for her love of the arts, which was infectious. Her love of music started on a pump organ owned by her grandparents that she found in the woodshed of their Vermont farmhouse. She continued her keyboard fascination with an upright piano that she taught herself to play. Her first purchase upon starting work was a spinet piano, which remained with her for the rest of her life and has been shared with her daughter and granddaughter. She learned to play cornet in a Gospel Hymn Band in Vermont and upon moving to Burnt Hills discovered the French horn which she played in the BH-BL band.

Nancy started her professional career as a secretary in the Advertising and Sales Promotion Department at Schenectady General Electric. Her desire to travel took her career in another direction. She was accepted at the Eastern Airlines Flight Attendant School in Miami, Florida and proudly wore the navy blue uniform of an Eastern Airlines Flight Attendant for several years. She had the honor and pleasure of serving Captain Eddie Rickenbacker aboard one of her flights, and Helen Keller, as well. While flying into Albany Airport, she met her husband, who was also an Eastern Airlines staff member. They recently celebrated their 50th wedding anniversary. Eastern later rehired her as a Flight Attendant Recruiter covering upstate New York and Vermont.

Her innate love of music found its way to the Saratoga Performing Arts Center where she started working as an usher in 1970, followed by 34 years on staff as Executive Secretary/Assistant to the President, retiring in 2010. Among her SPAC duties, she served as liaison with the SPAC Action Council and the SPAC Board of Directors, and provided hospitality for world-renowned classical music artists who performed at SPAC. She truly loved her job and treated every artist, manager, and agent with such respect and admiration – and they all loved her. It was her privilege to work with Maestro Charles Dutoit and Chantal Juillet on the orchestral and chamber music programs, and Maestro Dutoit said of Nancy, “The mere mention of her name brings a smile to everyone’s lips.” She was an avid John Denver fan and loved The Philadelphia Orchestra. It was a rarity for her to miss an orchestra performance. Upon her retirement from SPAC, she was presented with an amphitheater seat bearing a plaque that refers to her as “The Heart of Art of SPAC,” right next to a second seat dedicated to her husband and “Partner in the Arts.”

She also attended the Nursing Program at Adirondack Community College but withdrew so she could spend more time with her grandchildren.

Following her retirement from SPAC and having had a great desire to be a nurse, Nancy became a volunteer at Saratoga Hospital, working with patients on A3 and assisting with blood drives. She always found something in common to discuss with the patients, regardless of age. Wanting to do more for the pleasure of the patients, Nancy started guitar lessons at age 73 and enjoyed playing for the patients, and also for her family and friends. She was a passionate, dedicated guitar student and loved to go out to hear live music by local musicians and dance the night away. She developed a repertoire of close to 200 songs and even did open mic nights. She is an example to everyone who witnessed her enthusiasm that you are never too old to learn something new.

Nancy always had a flower garden featuring a variety of roses, which she maintained with the same love and care she gave to the people in her life. She also enjoyed picking berries at area farms and would visit family and friends with the gift of a quart of berries handpicked with love. She made the best macaroni and cheese and loved to take her grandchildren shopping for clothes.

Nancy and her husband never lost their love for travel and visited the Hawaiian Islands and Walt Disney World in Orlando frequently.

Whether working as a flight attendant, assisting performing artists, volunteering at the hospital, or spending time with family and friends, Nancy’s life was one of joyful hospitality and service. Her warm, radiant smile put everyone around her at ease. She often described herself as an optimist, and her sunny mood was indestructible. She smiled through any challenges life sent her way and always chose the path of love.

Nancy was an active and involved member of the Saratoga Springs United Methodist Church and volunteered for several organizations, including Saratoga Springs First Night, Saratoga Preservation Foundation, Saratoga Hospital Volunteer Guild, and Miss Greater Saratoga County Scholarship Pageant. She also served on the 50th reunion committee for the BH-BL Class of 1955 and was a member of the Wilton YMCA.

The family expresses tremendous gratitude for the angels at Community Hospice and Gateway House of Peace for the compassionate, tender, loving care they gave her every moment she was in their care.

Calling hours will be from 4-7pm on Friday at William J. Burke & Sons Funeral Home, Saratoga Springs. A memorial service will be held at 2pm Saturday at the Saratoga Springs United Methodist Church. Burial will be private at the convenience of the family.