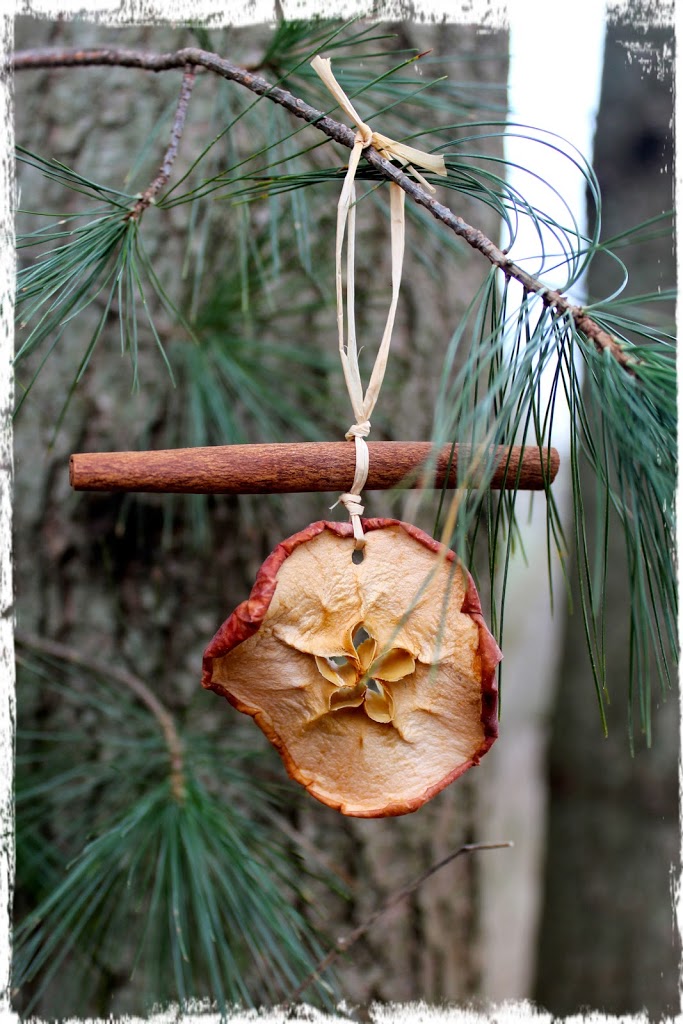 We’re putting up our tree a little late this year, and I’m in the mood for natural ornaments!

Last year, I came across the idea of apple and cinnamon stick ornaments via someone who discovered them in Europe. All you need is an apple, a cinnamon stick, and some raffia or string (such as hemp). Cut the apple into slices about 1/4″ thick, and let them dry flat on a wire rack, or hang to dry. Punch a hole at the top, tie a knot, put a cinnamon stick on top, and tie another knot to hold the cinnamon stick in place securely. If you want to get a little fancier, you can add a cranberry above and below the cinnamon stick. Eat the discarded parts of the apple, use them in an apple recipe, or dehydrate them for later use. 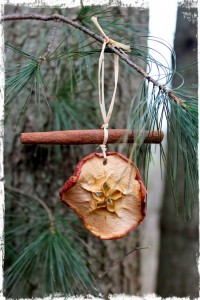 This year, I tried out the same idea with orange slices. 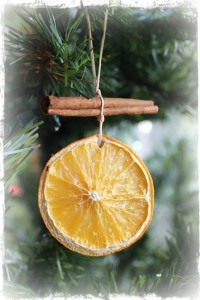 And then there’s cinnamon ornaments, which I have been making with the children in my life each year without fail. I still have the first batch I made with my own children more than a decade ago. They don’t go bad, although the spicy fragrance fades in time.

You can cover one side with glitter, 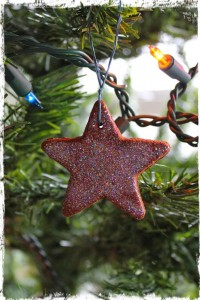 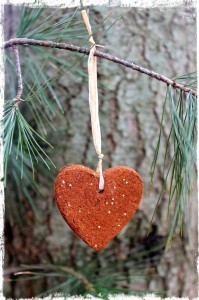 or decorate them with glitter glue or dimensional fabric paint. White fabric paint makes them look like gingerbread cookies with white frosting. 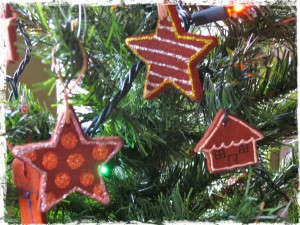 Here is the recipe for cinnamon dough:

In a bowl, mix together the spices and glitter. Then mix in the applesauce and glue. Work the mixture with your hands for a few minutes until it’s smooth, well mixed, and can be formed into a ball. If the dough seems too dry at this point, you can add just a little more applesauce. Or if it’s too wet, add more cinnamon.

Knead the ball on a surface dusted with cinnamon until it holds together well. Then roll out the dough to 1/4″ thickness, and use cookie cutters to cut out shapes. Use a straw or toothpick to make a hole for hanging.

Put shapes on a wire rack or cookie sheet, and allow to dry at room temperature for about two days, turning several times. (The room will smell wonderful!) Once they are dry, rough edges can be smoothed with sandpaper if need be. String with raffia, thread, or whatever you have on hand.

While walking in the woods to take some of the above photos, I came across a patch of nature’s own ornaments that caught my eye. I’m not sure exactly what they are (perhaps the inside of some kind of nut) but found them fascinating. 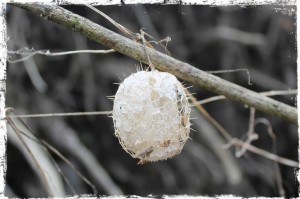 From certain angles, they remind me of the string ornaments that are made from string dipped in glue and then wrapped around a small balloon (which gets popped and removed after the string has dried in place). 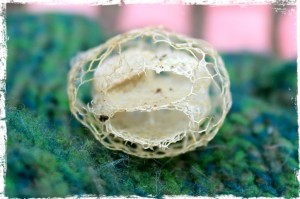 I think we will finish our tree with a string of popcorn and cranberries, unless we decide to put the string outside as a gift for the birds!