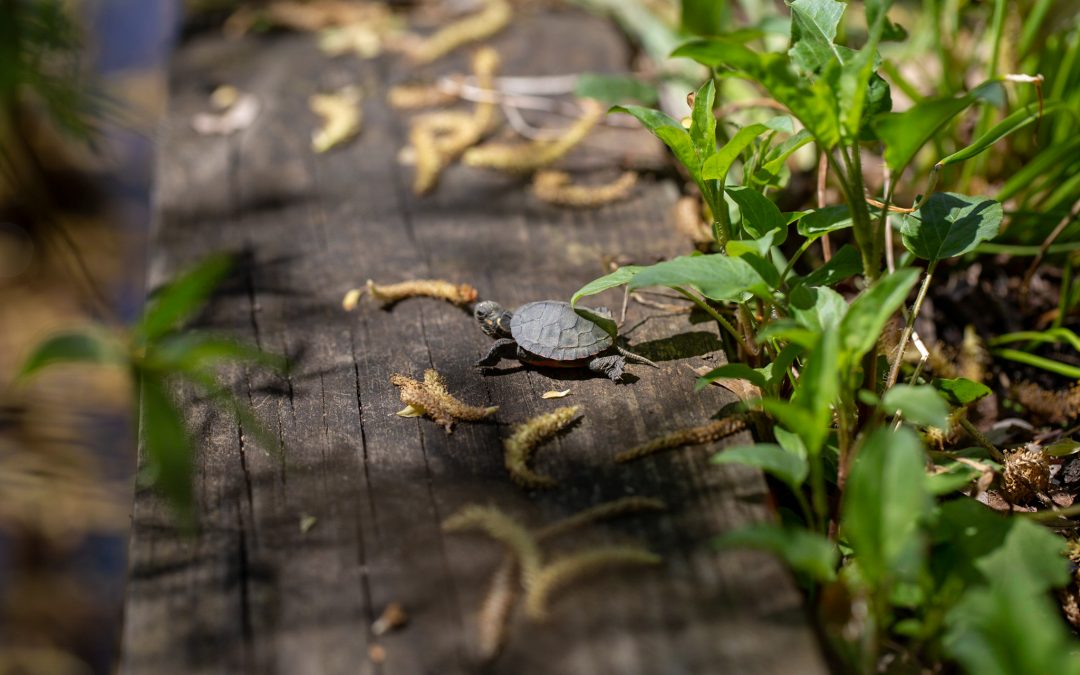 Today was a great day for a field trip to our local park. It’s been rainy lately, but we lucked out.

We had a guided tour led by one of the park educators, followed by time for free play and exploration of a couple of learning stations set up in the pavilion. One of the learning stations was simply a plastic bin filled with soil and lots of worms. Want to know how to keep preschoolers focused and engaged for long stretches of time? Give them a bin of dirt and worms! It works wonders.

During the free play time, one of my preschoolers came up to me to give me a tiny treasure that at first glance appeared to be a gray stone. Then I realized it was a painted turtle hatchling about the size of a dandelion flower! It was early in the year for hatchlings, but there it was. 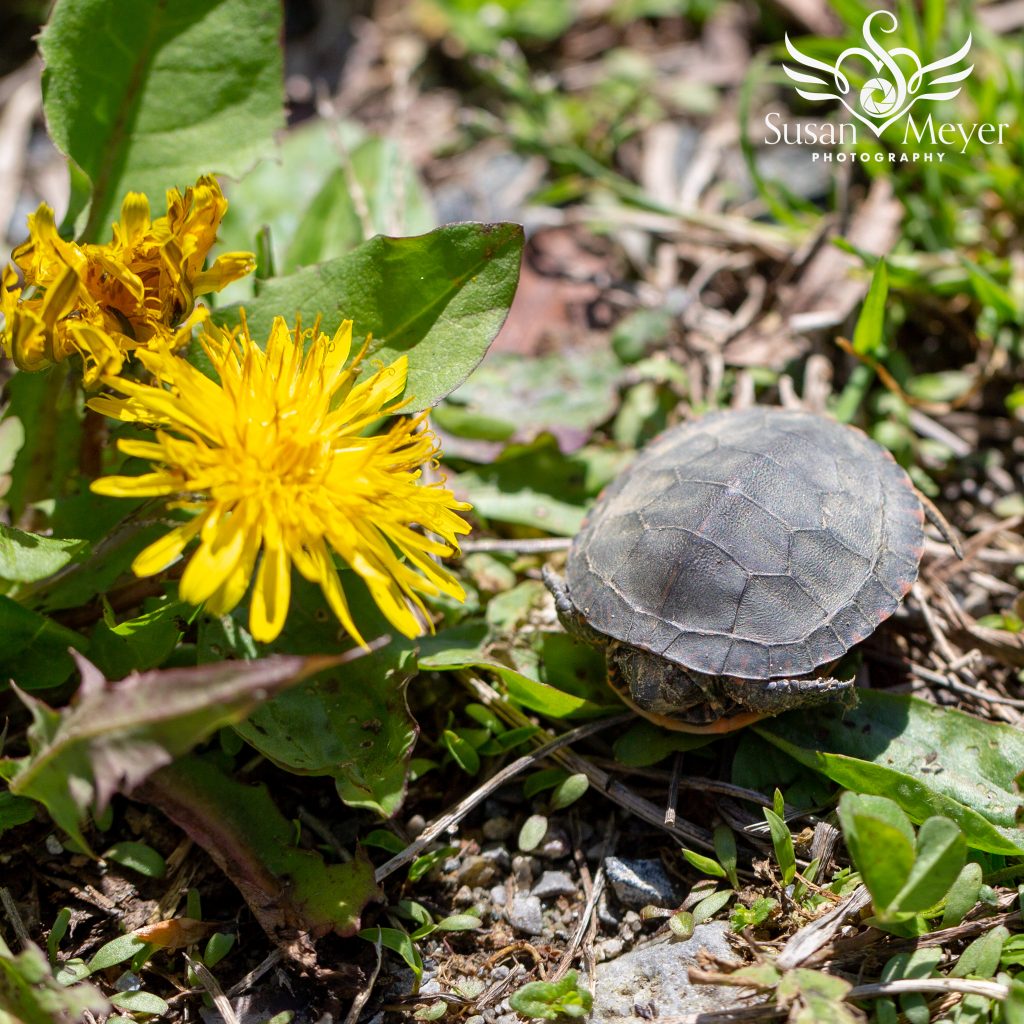 The little boy, with binoculars dangling from his neck, told me he found it in a spot where it was in danger of being trampled by our active group. Then he went back to exploring the park’s play garden. I was amazed he was able to notice the turtle in the first place because it was so small. All its appendages were tucked inside its shell, and it was an excellent camouflager.

At first glance, the turtle seemed rather lifeless. But as I held it in my hand and studied its eyes, I reconsidered that assessment. Poor little thing was probably terrified of the giant beholding it with awe.

Eventually, I felt some movement tickle my palm, and the tiny turtle pushed out a leg. Seeing it was alive, I decided to move it to a safer location closer to the pocket wetland. A group of children followed me, and I released the turtle on the ground. We watched it make its way to the pond, climbing over every obstacle in its path with fixed determination. 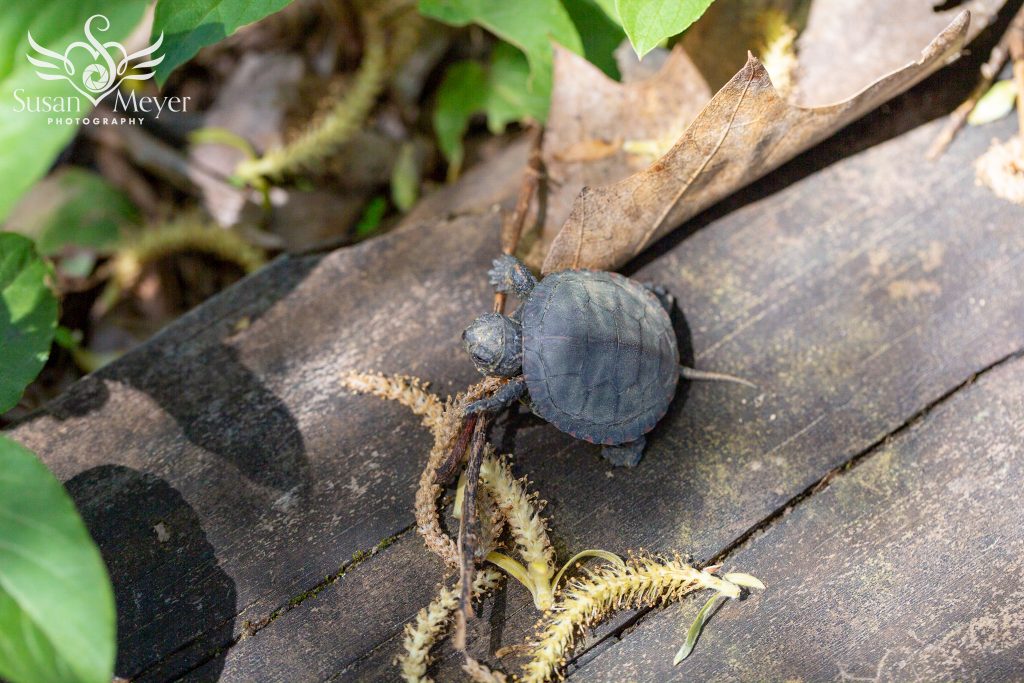 I captured the image below a split second before it plunged in. 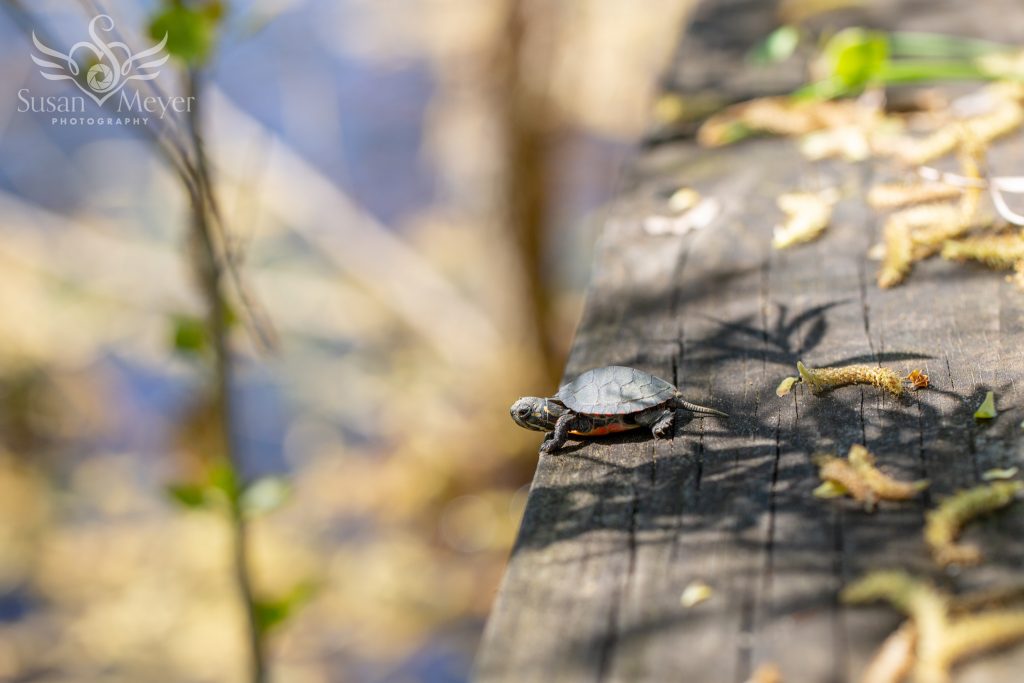 I’m fascinated by how baby turtles find their way to water. It seems they just KNOW. I think we all have an inner guidance system that calls us in the direction of our true nature. An internal GPS that’s hardwired into us. Do we feel it and follow it? That’s the question.

Or do our thoughts and conditioning get in the way and prevent us from moving toward what feels most deeply right and diving into new territory?

The guidance is there, whether we tap into it or not.

Then with a silent plop!, the baby turtle was in the water – I’m guessing for the first time. And it was a natural swimmer. This little turtle was made for the water and was in its element. Yay! Every move it made sent ripples into its watery environment.

The image below makes my heart happy. It speaks to me of a goal attained and the sweet satisfaction of following your inner knowing and being in your element. 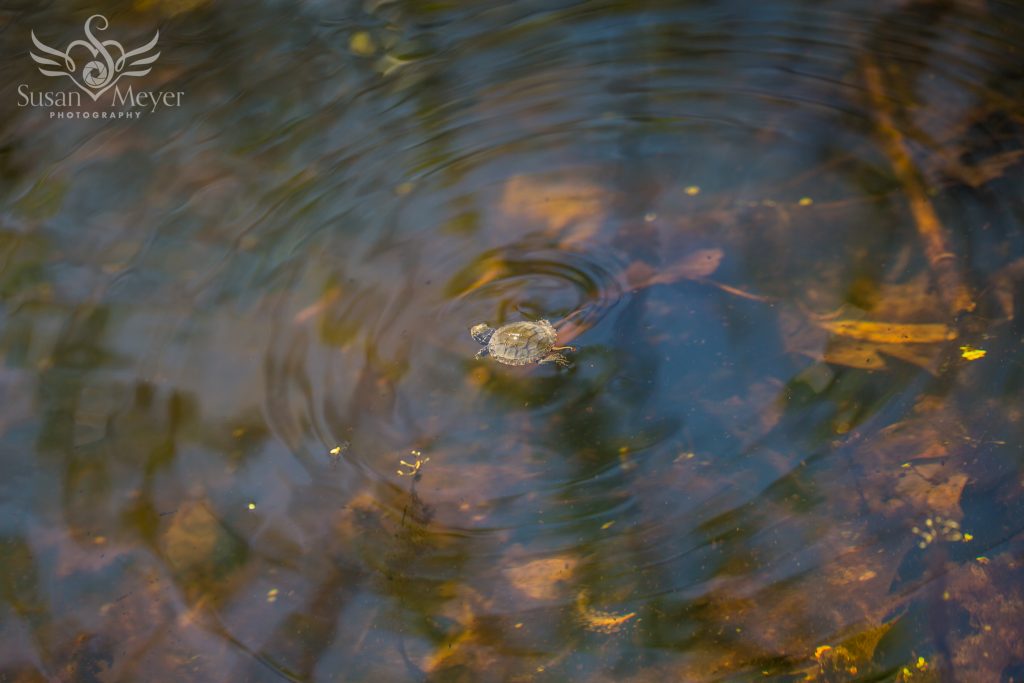 My son, who’s finishing his junior year of college, has been downhearted this week. He’s been questioning some of the choices he’s made and the path he’s on. We had a conversation in which I explained how life works, based on my own experience. I told him that new possibilities unfold with every step you take – possibilities you can’t see when you start out or encounter challenges. Or end-of-the-semester stress. You hold a vision and work to make it a reality, and some days you might wonder or even doubt whether you can pull it off.

Then all of a sudden, it dawns on you that you hold a key that will open a door that won’t open for anyone else. Because they don’t have the key; you do. You just have to find the door. And then your son comes home from elementary school that day, and when you greet him at the door, he announces, “Look what I found today on the playground!” Then he produces a rusty, old-fashioned KEY from his pocket. True story.

Or maybe one of your preschool students walks up to you and hands you a baby turtle that offers a metaphor that awakens you from the trance of self-doubt and affirms your inner GPS is working just fine.

And you keep going in the direction of your soul. Maybe you’ll even encounter a friendly giant who will have your back.

Needless to say, the dandelion-sized turtle provided my daily dose of inspiration.

Then the observant little boy who found it took my hand and asked me to look for more animals with him. After a little more exploring, guess where we ended up?

The worm bin, of course.

© 2019 Susan Meyer. All rights reserved. To use any or all of this article, include this exactly: Susan Meyer (SusanTaraMeyer.com) is a photographer, writer, clutter coach, Reiki practitioner, feng shui consultant, and mindfulness teacher whose work is infused with a deep interest in the nature of mind and appreciation of the natural world. She lives on the Hudson River in Upstate New York.