Synchronicity: Then and Now 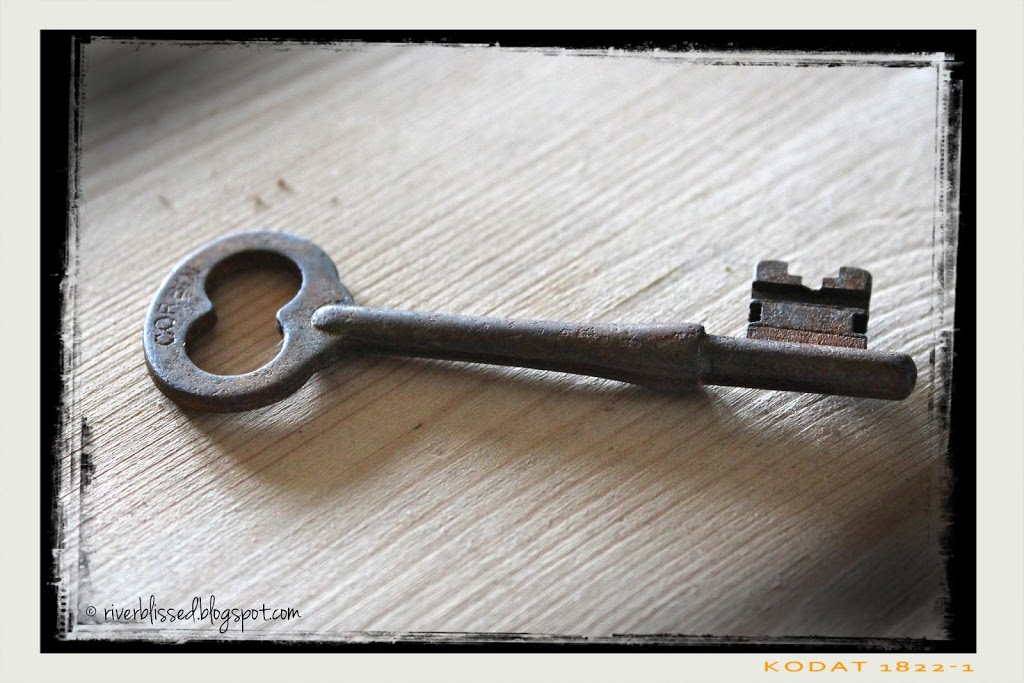 In the early twentieth century, Swiss psychologist Carl Jung coined the term synchronicity to describe causally unrelated events that appear to be meaningfully connected in some way. In my own experience, I’ve found that if you keep your senses open to synchronicity, it happens all the time. A few months ago, I even began keeping a synchronicity journal to remind myself of how extraordinary it can be.

A few of my most memorable synchronicity experiences occurred when I was trying to land a teaching job. It was a really long haul to go back to school as a recently divorced mother of two children and obtain a master’s degree and all the credentials required for the various New York State teacher certifications that would make me more marketable in a highly competitive job market. Sometimes I became discouraged and overwhelmed by the marathon and the slim odds of receiving a job offer in a supersaturated field. However, one day it occurred to me in a moment of clarity that I held a key to a door that would only open for me – because I alone had the key. I just needed to find the door. It was an empowering insight that renewed my enthusiasm. When my son came home from school that afternoon, the first thing he said to me was, “Look what I found!” And then, with great excitement, he presented me with a very old key that he considered quite the treasure. 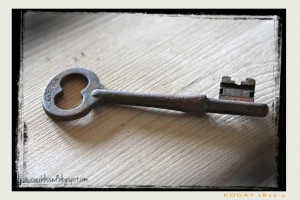 And so did I! My eyes must have bulged out of my head when I saw physical confirmation of my insight. The old-fashioned key remains on my meditation alter to this day. 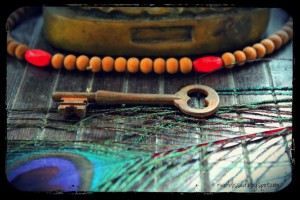 As I got closer to approaching that metaphorical door, I was contacted by two school districts for interviews. One was a second interview with the district I really wanted to work in – the district I attended from kindergarten through high school graduation and in which my children were enrolled at the time. I did my student teaching and all my substitute teaching there, and it felt like the logical place for me. The other was a much smaller, agricultural district a couple towns away, with which I had no prior experience or contacts. About a week before the interviews, I received in the mail a publication from my religious order, and on the back cover was a poem about how sometimes the things we want so badly might end up having a bitter taste, and perhaps we are better off without them for reasons we may never know. I had a feeling after reading it that it spoke to my situation, although I tried to convince myself otherwise. At the time, I worked part-time as a library shelver and sometimes played a little game while walking through the stacks: I’d open a random book to a random page and read it. The next time I was at work, amazingly, on the page I opened to, my eyes fell upon the name of the second, smaller school district, with a different spelling but the same pronunciation! Now, what are the odds of that happening when you open any random book in a large library to a random page?

To make a long story short, I was not offered the job in the district that was my top choice. And I felt devastated. However, the next day, I had an interview with the smaller district and was offered the job – and felt jubilant. I considered the synchronicities as indicators that this was simply how it was meant to be.

Fast-forwarding more than five years, I’ll share the two most recent experiences that occurred this past week.

This summer, I began a massive cleaning and restructuring of our house. It’s time to lighten our load and change things around – get the chi flowing and make room for new energy to flow in. I was going through some old magazines and decided to get rid of most of them. On the way to the recycle bin, a magazine fell open to a page with an ad for a book that caught my eye. It was a new release (at the time) called One Hundred Days of Solitude: Losing Myself and Finding Grace on a Zen Retreat by a Zen teacher named Jane Dobisz. Without reading anything more about it or ever coming across it previously – and despite not being a Zen practitioner – I knew intuitively that I needed to read that book and ordered it immediately. And it turns out it is exactly what I need right now and is shedding so much light on my current situation. It’s absolutely perfect. I have been longing to go on a lengthy retreat somewhere although it is not the right time to do so, and I am able to experience it vicariously through the author. In the off-the-cuff definition I offered above of synchronicity, perhaps this doesn’t seem to fit because it (seeing the ad for the book) was just one event. However, there were a few other details that would take too long to explain but made it seem clearly synchronistic. I recognized the book ad instantly as an answer I was seeking, without having to think about it at all. Intuition bypassed the conceptual mind, and I just knew.

I find that there is a certain feel to synchronicities. You can choose to ignore them or to follow them. In my experience, I have found that it is a marvelous adventure to follow them. They often lead to more synchronicity, a trail of new possibilities and enhanced energy and creativity. I regard synchronicity much the same as I regard dreams. I don’t know whether they are generated internally or externally, but it’s the noticing and intuitive knowing about them that is meaningful to me. If you decide to take a walk and look for things that are a certain color – let’s say, purple – then purple objects will begin to jump out and register more in your field of awareness. The same thing happens when you play I-Spy. Maybe synchronicity operates along those lines. Or perhaps in Jungian terms, it is the connecting principle of the collective unconscious, bridging our inner and outer experiences, uniting mind and matter.

Finally, I was on the river earlier this week. For the most part, it’s not the peaceful experience it has been in past years due to all of the traffic from work boats and dredging barges. The pontoon work boats tend to disregard posted speed limits and “no wake” signs and gun it up and down the river. I was paddling for about an hour, encountering considerable traffic, and as I got closer to home it occurred to me that I hadn’t seen any wildlife the whole time I was on the river. No beavers. No herons. No egrets. I assumed it was because of the constant activity between the two locks this year. In my mind, I asked, “Where are you, beavers and herons?” And just then, I received an answer: A great blue heron lifted into the air from a concealed location and squawked as if responding to my question. It was so uncanny that my jaw dropped.

After fetching my camera, I went in search of the heron, who I found standing still as a statue on a log in a shallow area. I paddled ever so gingerly toward the heron in an attempt to get as close as possible because I was in need of “heron medicine.” I was able to get quite near and observed the heron so closely that it felt as if we were one being. I entered “heron consciousness,” a state of intense presence and patience. It is a state of mind free from distractions; even the intense heat and bright sun didn’t make an impression on me (which is highly unusual). But at the same time, I was highly alert, with a laser-sharp focus. Aware but not distracted. When you are in “heron mind,” you know instinctively what to do and when it is time to move on. 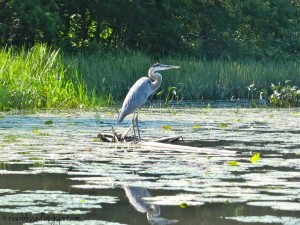 I was so in tune with the heron that I could tell by a subtle movement that it was about to take off. I have been wanting to photograph a heron lifting off for years but never have been quick enough; it always happens so suddenly. But this time, I was ready! 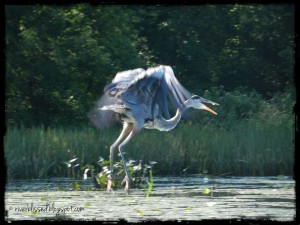 So I ended up with a satisfying photo, but that’s not all. Having entered “heron mind,” something clicked inside me, and I knew that the deep presence is the element I need to bring into my teaching for the next year. As the curriculum becomes narrower, more demanding, and more tightly scripted, deep, authentic presence might be the key ingredient to help me navigate through the year with as much grace and integrity as possible. I ordered prints of both of the heron pictures to place on the cover of my planning notebook so I can stay in touch with heron energy throughout the year. Last year it was water lilies and the slogan, “Bloom where you are planted.” This year it is heron energy and “Be here now.”

When I read a chapter in One Hundred Days of Solitude about Zen koans, I thought of the question that has been on my mind all summer and the dualistic way I’ve been approaching it: Should I do this or something different? Suddenly, it became a koan to me – a question with no logical answer, designed to liberate you from thinking – and I saw in my mind the answer in the form of the action and energy of being present. Seems the answer is not a yes or no – an either-or – but rather, enlightened action that bypasses yes or no altogether. Deep presence that cuts through the opposing possibilities to something…deeper.

I truly believe that if you are alert, truly present, and able to embrace the “now” rather than resist it or be distracted by too much thinking, you will find your way and end up where you need to be. The journey is the destination, and every moment makes a difference. Either you will find meaning and joy in your current situation, or your zest will lead you in another direction and open new doors.

Guidance and possibilities are everywhere, always, and it’s interesting to take note of what resonates!